Immerse yourself in a real-time rollercoaster ride of laughter, romance, and despair that uncovers how the power of love can be a healing beacon of light 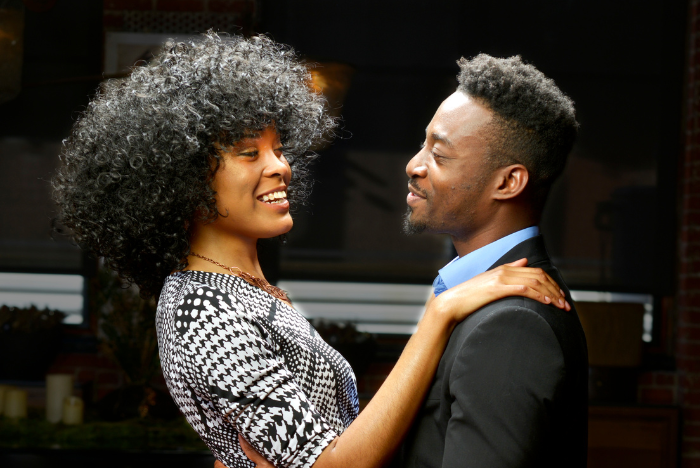 This February, South Philadelphia-based theater company Theatre Exile will present The Light by Chicago-born playwright Loy A. Webb, starring Philadelphia-based actors Ang(ela) Bey and Abdul Sesay, with J. Paul Nicholas directing. The show is a real-time rollercoaster ride of laughter, romance, and despair that uncovers how the power of love can be a healing beacon of light. The Light  is the second production of Theatre Exile’s 2022/23 season and will have 22 performances from Friday, Feb. 2 to Sunday, Feb. 26. Tickets start at $10 and are on sale now.

Webb, an accomplished playwright, television writer, attorney, and theater journalist, developed The Light at The New Colony in Chicago, where it officially premiered in January 2018. The play then received an Off-Broadway presentation at The Robert W. Wilson MCC Theater Space and was hailed by The New York Times as “compelling” and “visceral.”

The Light opens with Rashad (Abdul Sesay), a former college football star-turned-firefighter, waiting for his girlfriend, Genesis Ang(ela) Bey, to return home from her job as the principal at an all-black Chicago charter school. It’s the couple’s second anniversary, and Rashad has been planning for months to make it a day to remember. After reminiscing about the day they first met, Rashad proposes to Genesis, and she says yes. Everything is going great until Rashad reveals he also bought tickets to a music festival organized by a controversial recording artist. What started as the happiest day of a loving couple’s lives quickly unravels when ground-shifting accusations from the past come to the surface.

Leading Theatre Exile’s production of The Light is J. Paul Nicholas, an award-winning actor, director, and fight choreographer with over 15 years of experience. Nicholas acted in numerous touring theater productions and television series, most recently appearing in the hit HBO Max series Mare of Easttown. This also isn’t his first time working with Theatre Exile. Nicholas was previously the fight choreographer for their 2010 production of That Pretty Pretty, was cast in 2012’s The English Bride, and delivered a Barrymore Award-winning acting performance as Imam Saleem in 2016’s The Invisible Hand.

“Theatre Exile will always provoke the senses and the emotions of their audiences while challenging them to examine difficult themes,” said Nicholas. “I was drawn to this play because it invites the viewer into an extremely intimate and precarious moment between two people who are in a strong and loving relationship. The tension is real, it is raw, and it is unavoidable. The question is whether it’s strong enough to break the love?”

Tickets for Theatre Exile’s presentation of The Light are available for $10 to $40 and can be purchased online at theatreexile.org or by calling the box office at 215-218-4022. For the safety and comfort of patrons, Theatre Exile will require audiences and staff to wear masks and show proof of vaccination for most performances.