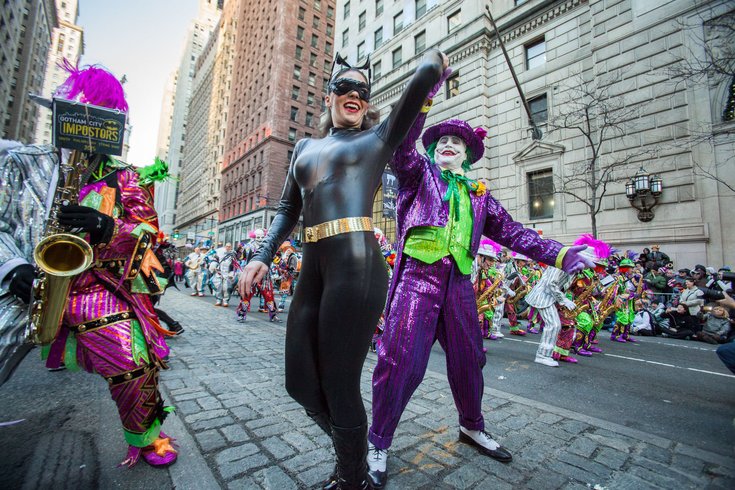 There's an online petition circulating that's asking for one thing – to bring the annual Mummers Parade back to South Philadelphia.

The Change.org petition, created earlier this week, has gathered a little more than 600 supporters with a goal of 1,000 signatures.

The time has come for South Philly residents and business owners to bring back the new year's parade back to South Philly. The monetary investment made by south Philly business associations will be compensated by the amounts of patrons brought to the passyunk, broad Street and the rest of the South Philly area. The city continues to cut back on monetary investment in the parade, and has now decided to dictate to members how to run it. The convention center event, while nice for the fancy brigades, takes away from the essence of the parade, and shuts out the families who have supported this parade for over a century.

The annual News Years celebration and folk festival that has its roots largely planted in the South Philadelphia community had undergone many changes throughout its history.

In its past, the parade would sometimes last 11 hours but has been shortened to a third of its length in recent years. The parade's mile-long route also marches down Broad Street and through parts of Center City, bypassing South Philly.

A budget cut in 2008 also deeply impacted the Mummers, eliminating funding that would have gone toward the parade's string bands, the Associated Press reported.

The Mummers have faced their own share of controversy, however. This year's event will be the group's first since efforts were made to promote inclusiveness.

Last year, the Mummers faced backlash after including skits that poked fun at Caitlyn Jenner, children were seen in "brownface" and a gay man was allegedly beaten during the parade.

This year's festivities are scheduled to begin New Years Day at 9 a.m. in front of City Hall. SugarHouse Casino also recently renewed its sponsorship of the parade until 2020.