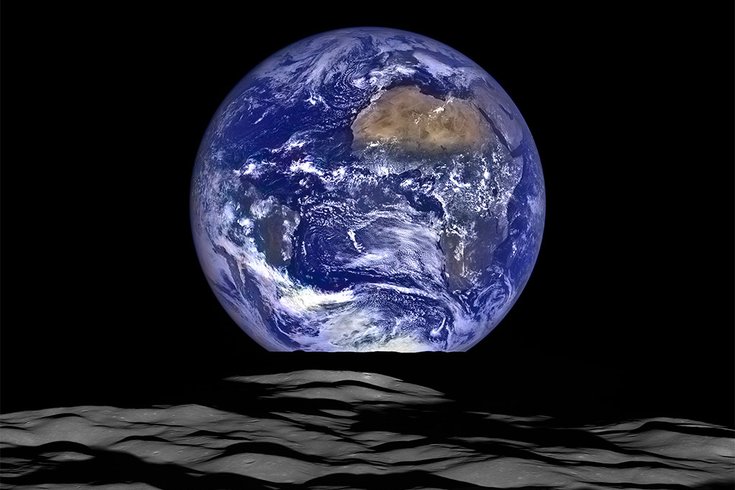 In this composite image, NASA's Lunar Reconnaissance Orbiter (LRO) captured a unique view of Earth from the spacecraft's vantage point in orbit around the moon.

He also thinks the world is flat, but would happily accept proof to the contrary should you be able to provide it, which he doesn’t think you can.

For the past week, he and his likeminded Infinite Plane Society brethren have challenged Philadelphia motorists (and passengers) to consider what many – armed with millennia of perceived evidence – write off as a fringe conspiracy theory.

They’re behind an electronic billboard along I-76 in Philadelphia’s Grays Ferry neighborhood with a simple three-word message that doubles as a polite request: “Research Flat Earth.”

“Looking to raise awareness on the flat earth,” read the pitch on the “Flat Earth Billboard Philly Airport” GoFundMe mission that raised the requisite $900 within 16 days in late May. “The support is most appreciated :)”

Thanks to that money, the group's message has been played about seven miles from Philadelphia International Airport nearly 10,000 times since early last week. 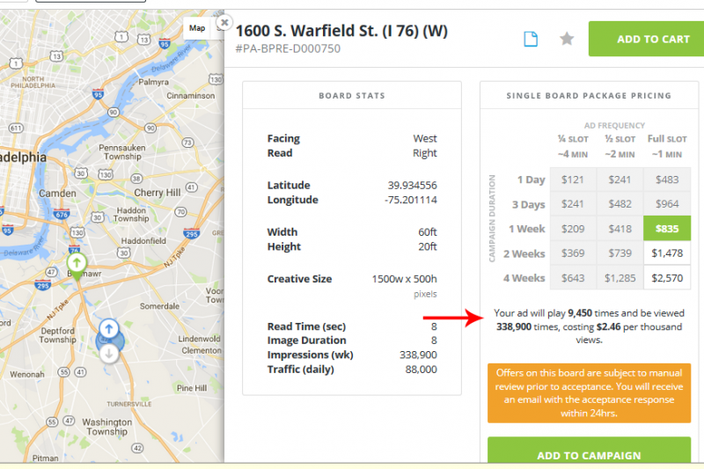 A group of 'flat earthers' raised money to get their message on a billboard a few miles away from Philadelphia International Airport in June 2017.

To hear Ozman tell it – as I did over the course of a couple of rather interesting phone interviews in recent days – the goal was simply to get people to think about an issue that they may have written off as lunacy, but one that he considers legitimate.

And, it started with the intentional placement of their cohort’s first such billboard.

“People are getting off airplanes at high altitudes seeing a perfectly flat horizon,” he said. “If there’s any time to get them thinking about it, that’s the time: What does it mean when you’re at 5,000-feet (altitude) but seeing no discernible curve?”

In other words, if air passengers see no evidence of the earth being anything but flat from the skies, why not nudge them to consider the possibility that the planet is actually flat?

“All we’re saying is research it. If you can debunk it, please do, and the sooner the better. We’re not going to be mad." – Tim Ozman

To be sure, the flat-earther community is a fractured one, and Ozman himself is a lightning rod of a figure therein.

Some look at it through a Christian, Biblical-literalist lens while others follow a “new-age doctrine” or ponder it from a scientific perspective. Each camp, he said, has its own leader, and the inter-camp sniping gets intense, as is quite evident on YouTube (see here, here, here and here).

The sniping – it often results in accusations that people are government shills or plants – doesn’t derail Ozman from breaking down his take on the flat-earth issue, though.

He told me that he went down a flat-earth wormhole after watching YouTube videos about “media hoaxes” and “false flag” instances.

“I’ve always been suspicious of media and how it controls our minds,” he said, noting that he believes the powers-that-be stage deaths to spark anti-gun votes amongst politicians. “Knowing this, why should we trust the maps as well? This is deception on a big scale.

“They’re hiding land and resources. The elite write our history, and they’ve all colluded to hide land from the masses for years.”

In convincing the masses that the world is round, the elites are hoarding land to protect their status and power, as they’ve done dating back to the time of the ancient Egyptians, he said.

He believes Antarctica is the key to the whole equation.

“Antarctica isn’t a continent, but a cold region outside the range of our small, local sun … and we don’t know what’s there," he posited. "Beyond what we think of as Antarctica could be other worlds."

“What came out of (the flat earth-video wormhole) was me asking myself what do I really know versus what I’ve been told was real,” he continued, noting that he doesn’t believe there are satellites in space because the space agencies aren’t worthy of our trust.

In declaring that “NASA imagery is fake,” Ozman told me he doesn’t believe man ever landed on the moon. He questioned why no legitimate photos – only CGI composites – of a round earth exist.

The crowning achievement for the movement was getting a flat-earth take on the public record at an Albuquerque City Council meeting in April.

It centered on “bubbles in space” serving as proof that spacewalks were filmed in a sound stage and “the biggest hoax since global warming.”

“We can back these claims,” he said, noting that one "Flat Earther" of a couple years by the name of "Mad Mike" Hughes plans to send a rocket 62 miles up. "We may invest money into Mike so he can put a Flat Earth message on the rocket which will either prove or disprove Flat Earth for good."

The City Council hearing brought about some momentum that led to the Philadelphia billboard, and created momentum that has people following Ozman’s lead in “Colorado, Phoenix, Portland, Michigan” and beyond.

He noted that the next flat-earth billboard will have a four-week run in New York City, where it's sure to garner additional attention.

“We want to show people that we really believe this is worth investigating, so get out of the YouTube echo chambers. Let’s make the debate public and put some money where our mouths are,” he said. “We will extend it if the slot is open and we're awaiting a message from the sign company.”

While Ozman launched into a lengthy explanation of why he believes the world is flat, he said the billboard intentionally didn’t make that claim. Rather, it was just to get people looking into the possibility. 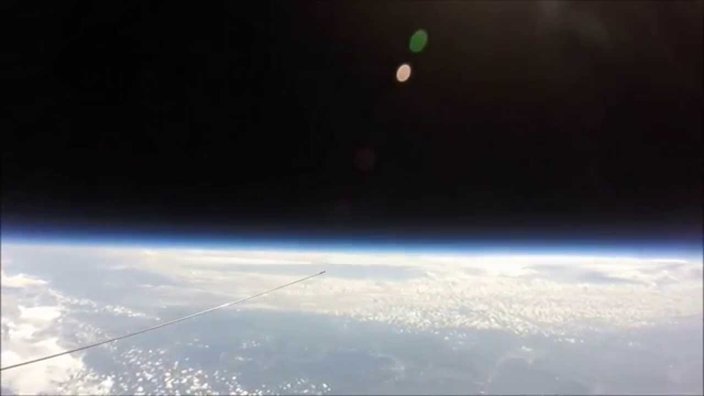 A flat horizon, as seen from a high-altitude balloon flight.

He believes he’s right, but invites anybody to provide evidence that he isn’t.

“All we’re saying is research it. If you can debunk it, please do, and the sooner the better,” he said. “We’re not going to be mad. We invite the discussion. But, we’re not going to go away until that happens.”