135,000 pounds of restaurant-grade chicken recalled after testing positive for listeria 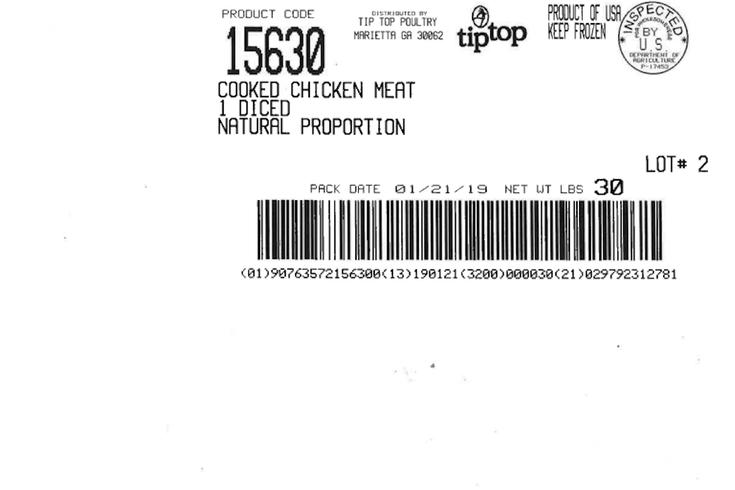 An estimated 135,810 pounds of fully cooked poultry products are being recalled after testing positive for Listeria monocytogenes contamination, the U.S. Department of Agriculture announced Tuesday.

The recalled poultry will feature establishment number “P-17453” on the case of meat. Additionally, you’ll find the production date of January 21, 2019 on the affected boxes, according to the agency's  Food Safety and Inspection Service.

The contamination was discovered on August 17, 2019 by the Canadian Food Inspection Agency, which detected the presence of listeria during testing of a sample of a product from Tip Top Poultry,. FSIS said.

Consuming food contaminated with listeria can lead to listeriosis, which can cause fever, muscle aches, headache, stiff neck, confusion, loss of balance and convulsions, according to FSIS, in addition to a number of negative pregnancy outcomes.

View the full details of the recall here.