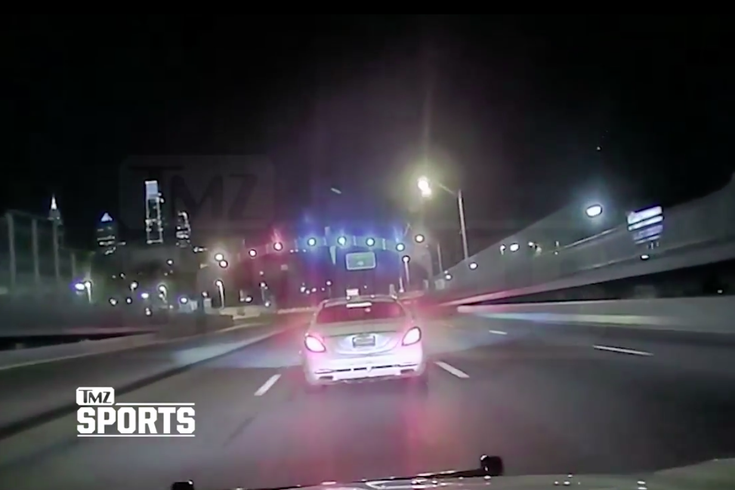 Someone should tell Sixers rookie Jahlil Okafor that the best place in Philly for street racing is ”on Delaware Ave.," which is very different than "over the Delaware River."

Last week, Okafor was ordered to pay a $439 fine following an October 19th incident in which Delaware River Port Authority police clocked the 19-year-old going 108 miles per hour across the Ben Franklin Bridge.

In case you're wondering, that's more than 60 mph over the posted speed limit (45 mph).

Now, TMZ has obtained and posted what they claim to be video of the incident. Recorded on the dash-cam of his DRPA patrol car, the video shows the officer spotting Okafor -- just as his Mercedes-Maybach cleared the tollbooth on the Camden side of the bridge -- and following him westbound into Philadelphia, where he was pulled over near 7th Street.

Considering the cop is tailing Okafor at what is reportedly over 100 mph, it's actually kind of boring. And as you can see by the lack of traffic on the bridge, the Sixers young center was probably putting himself in more danger than other motorists -- it's not like he's weaving in and out of traffic.

Still, you can't be driving that fast, no matter how clear the roads -- or in this case, bridge -- seem to be. If he really wants to go fast, Pocono and the Monster Mile aren't that far away. And the video would probably be a lot more entertaining.