It's a win for patients and doctors, alike 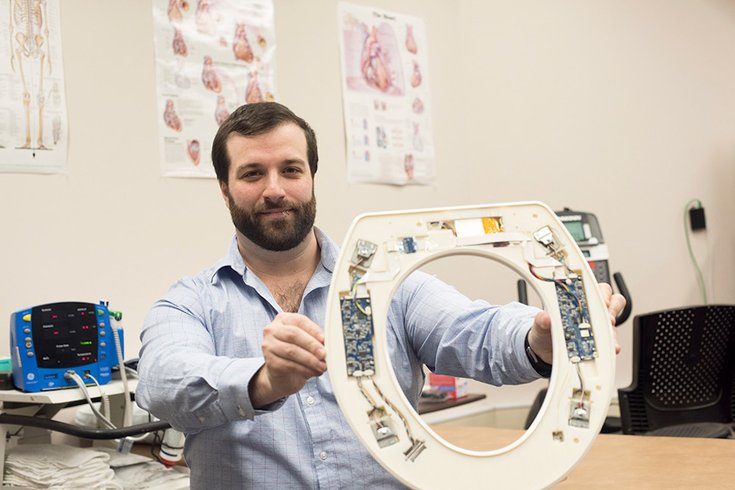 A. Sue Weisler/Rochester Institute of Technology

Nicholas Conn, a postdoctoral fellow at RIT and founder and CEO of Heart Health Intelligence, is part of the university team that has developed a toilet-seat based cardiovascular monitoring system.

While the bathroom is not at all foreign to technology — bidets, automatic flushes and motion sensor lights, just to name a few — a new piece of health care technology was specifically designed for this domain.

A team of researchers at the Rochester Institute of Technology has invented a toilet seat that can detect heart failure at home. Their goal was quite admirable: to reduce the readmission rate of patients with congestive heart failure, according to a news release.

These tech-y toilet seats, while they look fairly standard, are equipped with sensors to monitor heart activity, including heart rate, blood pressure, blood oxygenation levels and the amount of blood pumped from the heart with every beat, researchers said. The toilet seat is designed to analyze that medical data and alert health care providers if a patient's condition worsens.

A trial involving 18 subjects over an eight week period seems to indicate that it’s pretty accurate: “Clinical grade accuracy was achieved for all of the seat measurements when compared to their respective gold standards.”

The Rochester Democrat and Chronicle notes the high-tech toilet seat will be a huge help for doctors — who are often stretched too thin — because patients at home will communicate primarily with nurse practitioners or physicians assistants. From there, physicians will get involved if deemed necessary.

The toilet seat is particularly beneficial, the newspaper reported, because patients do not have to self-monitor themselves when they’re at home. Their stats will be recorded each and every time they visit the bathroom — which is likely (at least) a handful of times per day.

Heart failure occurs when the heart is unable to pump enough blood and oxygen to support other organs in the body, according to the CDC. An estimated 5.7 million American adults are living with heart failure right now and about half of them will die within five years of diagnosis.