Twitter was down in northeastern United States briefly, but the issue appears resolved

Users were having timeline troubles

According to DownDetector.com, DownRightNow.com, and plenty of frustrated Twitter users, the northeastern United States is having a hard time using the microblogging website.

Here’s a what Down Detector’s outage map looked like at of 4:22 p.m. ET, for reference: 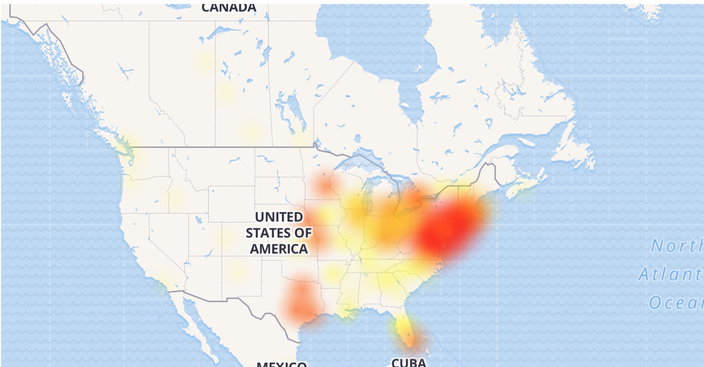 Timelines had been stagnant for at least a half-hour at the time of this article’s posting, although users could still tweet and search tweets. By 4:55 the map had begun to clear up, and the red outage hot-spots overlaying  Philadelphia; New York; Washington D.C. and Baltimore; and Boston had begun to dissipate.