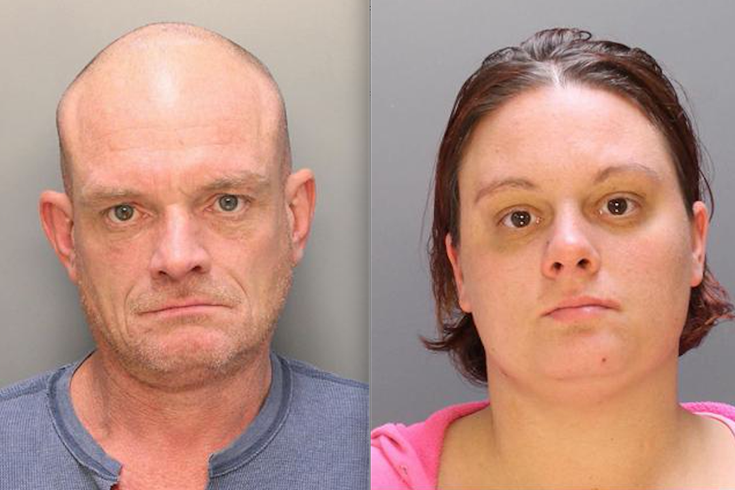 On Wednesday, the Philadelphia Police have arrested two people for impersonating officers and shaking down at least one person on a South Philly street.

According to police, at about 11:50 p.m., on Dec. 2, police arrested 48-year-old Terrance Jacobus of the 200 block of Federal Street and Kelli Rowan, 28, of the 100 block of Fernon Street. The two were arrested and charged with: Impersonating, Robbery, Criminal Conspiracy, Theft and related offenses.

According to police, law enforcement officials initially learned that there might be a couple impersonating police on Sunday, Nov. 29, when, officers responded to a call at approximately 4:40 a.m. when a 23-year-old woman told police that while walking home she was approached by a male, and a female driving a silver Nissan at 4th and Jackson streets.

At that time, the pair exited the vehicle and Jacobus flashed a badge, before claiming he was a police officer. The woman ran home when, police said, Jacobus told her she would be arrested if she resisted. The complainant ran to her residence which was nearby and the vehicle fled north on 5th Street.

Later that morning, law enforcement officials said, at about 6:20 a.m., a 21-tear-old man reported to police that he was robbed while walking along the 1600 block of E. Passyunk Avenue.

Law enforcement officials said the man described his attackers as driving a gray or silver, four-door compact vehicle that stopped abruptly beside him. The driver then got out of the vehicle and flashed a patrolman's badge.

Jacobus told the victim he was a police officer and he "fit the description of male selling drugs".

Jacobus then asked the complainant for ID and, police said, when the victim handed over his wallet, Jacobus went through it, took out his medical card along with the victim's ID card and handed them to Rowan, who was seated in the front passenger seat.

Jacobs, police said, then frisked the victim and rifled through the man's back pack.

After Rowan told the victim the cards all matched, law enforcement officials said, the pair handed the man back his wallet, hopped in the vehicle and sped away on Passyunk Avenue.

When the victim checked his wallet, police said, he noticed all his money was missing - about $14 - and he called the police.

Police said that an investigation found that the suspects described in both instances matched the descriptions of Jacobus and Rowan, and they were arrested at about 11:50 p.m., on Wednesday, Dec. 3, when officers conducted a vehicle investigation on a 1999 Jeep Cherokee that was found on the 100 block of Fernon Street.