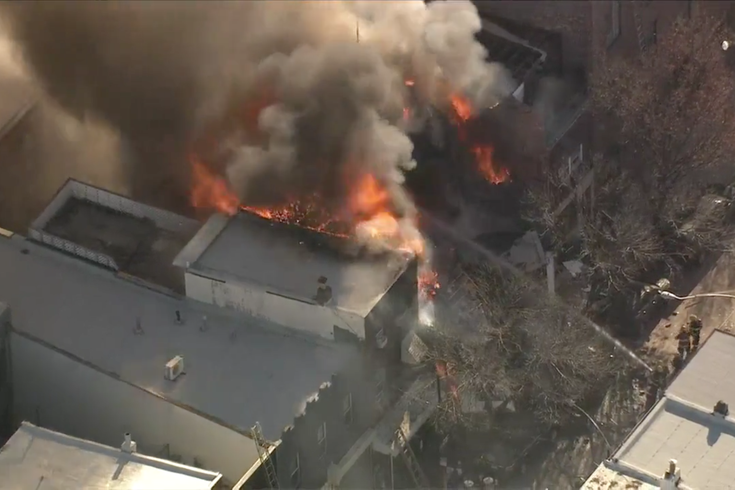 Rescue efforts were halted due to the the structural integrity of the buildings and a sinkhole that is believed to be forming in the street, CNN reported.

Authorities referred to the fire as “gas fed” but did not relay what caused it. Officials said they received multiple calls about the smell of gas from the scene, the Inquirer reported.

Over 60 people were evacuated from the area following the explosion. The fire destroyed three row homes and significantly damaged two other homes. Commissioner Adam Thiel referred to the area as "dangerous and unstable" to reporters.