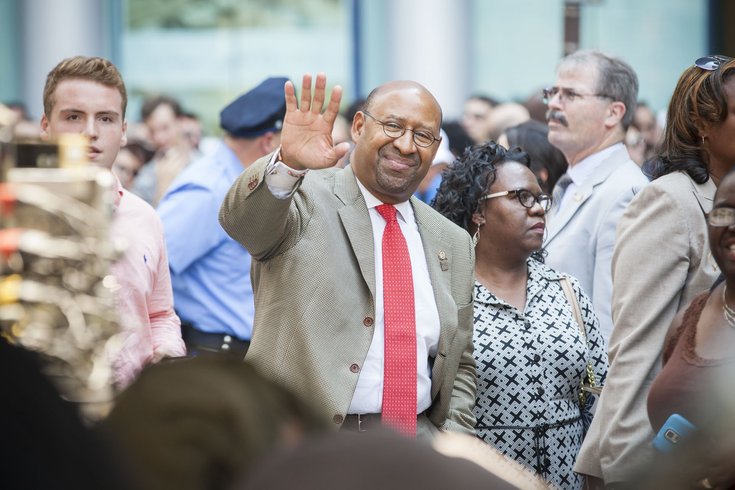 Nutter, who previously backed former vice president and Pennsylvania native Joe Biden for the Democratic nomination and helped him fundraise in Pennsylvania, announced the move Friday morning via his official Twitter account:

.@MikeBloomberg cares about the drug crisis, gun violence, the environment, & access to high-quality health care for all Americans - and has proven he can get things done for decades. I'm ready to get to work as the National Political Chair to #Bloomberg2020 campaign.

Bloomberg announced his candidacy for president in late November, much later than some of the leading candidates in the Democratic primary race.

Bloomberg is currently polling between 3% and 7% in a number of national polls, according to RealClear Politics, ahead of longer-term candidates Amy Klobuchar, Cory Booker, and Andrew Yang. His national average is up to  5%, after spending more than $70 million on TV advertisements since announcing his candidacy.

According to the Inquirer, Bloomberg will be opening a field office near Independence Hall in Old City, his campaign's first field office in Pennsylvania, which is expected to once again be a crucial state in the 2020 general election.

Earlier this year, Nutter was hired as a senior advisor and consultant by Green Leaf Medical New Jersey, a cannabis company looking to open operations in South Jersey's Gloucester City.