The Democrat who signed Philadelphia's marijuana decriminalization law 2014, has an up-and-down history with pot legalization 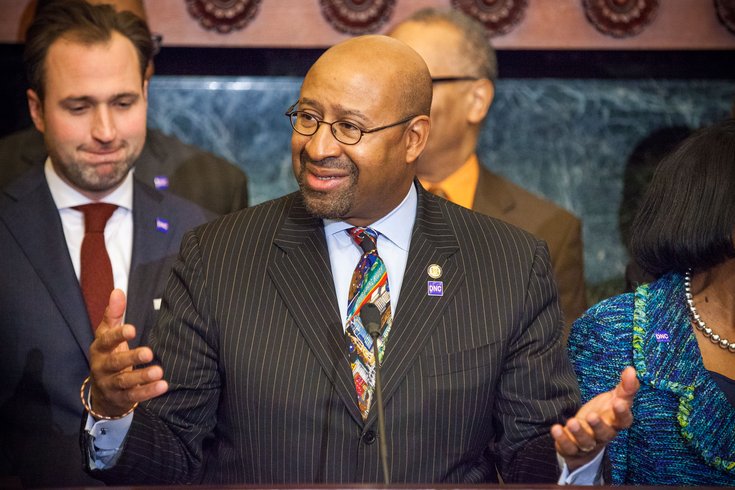 Michael Nutter, the former Philadelphia mayor who signed the city's 2014 marijuana decriminalization bill into law just months after opposing the idea, is now a senior advisor and consultant for a cannabis company with its eyes on South Jersey.

Nutter was recently hired by Green Leaf Medical New Jersey, a cannabis company aiming to open in New Jersey along the Delaware River waterfront, according to NJ.com.

The company, which is based in Maryland and also operates in Ohio, is vying for a medical marijuana facility license from the New Jersey Department of Health. If GreenLeaf lands the license, it intends to open a "cultivation, extraction, and dispensary operation" in Gloucester City, according to NJ.com.

"'People in this city … come up to me all the time asking about jobs, asking about housing, or asking about their children’s education, or can we provide more services. No one has come up to me asking, ‘Can you make it easier for me to stand on a street corner in front of some grandma’s house and smoke my joint?’ So let’s be realistic here.'

Nutter disputes this characterization, and he told NJ.com this month that he "was not opposed to decriminalizing marijuana" during his time as mayor.

According to ACLU data from 2013, black people nationwide are roughly 3.73 times more likely to be arrested for marijuana-related offenses than white people.

New Jersey has yet to legalize recreational marijuana, despite Gov. Phil Murphy making it a pillar of his 2017 gubernatorial campaign. Lawmakers have made several attempts at passing a legalization bill in 2019, with no success.

Just across the river in Pennsylvania, lawmakers have proposed a bill that would legalize marijuana across the state after Gov. Tom Wolf announced his support for legalizing recreational marijuana.