Among other things, the proposed legislation allows for individuals to grow cannabis in their home, and calls for immediate expungements 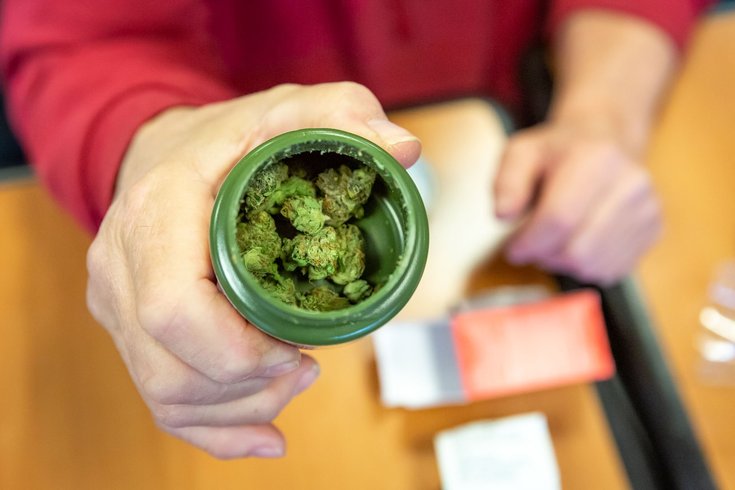 Pennsylvania State Senators Daylin Leach (D-Montgomery/Delaware) and Sharif Street (D-Philadelphia) introduced legislation this week that would legalize adult marijuana use across the state.

Pennsylvania state sens. Daylin Leach, D-Montgomery/Delaware, and Sharif Street, D-Philadelphia, introduced legislation this week that would legalize adult marijuana use across the state.

The bill, Senate Bill 350, comes 20 days after Pennsylvania Gov. Tom Wolf announced he would support legalizing recreational marijuana, after opposing the legalization of marijuana for years.

Among other things, the bill proposed by Street and Leach sets the age limit for cannabis use at 21 years old; provides for automatic expungement of previous marijuana-related criminal convictions; and allows for home delivery of cannabis from dispensaries to consumers.

The bill also details two key pieces that have previously tripped up marijuana legalization efforts in other states: an allowance for homegrower permits, for individuals who want to grow cannabis in their own home for personal use; and an allowance for "use lounges", public or private spaces in which individuals are allowed to use marijuana which they brought to the lounge.

"An end to the prohibition of cannabis is overdue," Street said in a release. "It is time for us to join the emerging cannabis economy with the legalization of the Adult Use of Cannabis in PA., which should not be a crime when responsibly used by adults nor mandate medical oversight."

"We need to stop arresting our kids and funding violent drug cartels," Leach said in a release. "This is going to be a tough battle, but so was passing medical marijuana. We did that, and we’ll do this too. The stakes are too high for us to fail."

If Pennsylvania legislators eventually pass the bill, the Keystone State would become the 11th state in the country to legalize recreational marijuana use.

Street said this week that the bill currently has no Republican cosponsors, but he's "optimistic" they will come around.

The bill currently has endorsements from the Keystone Cannabis Coalition, the Pennsylvania Cannabis Festival, and multiple local branhes of the National Organization for the Reform of Marijuana Laws.