NASA rocket launch will be visible from Philly this weekend, if you know when to look 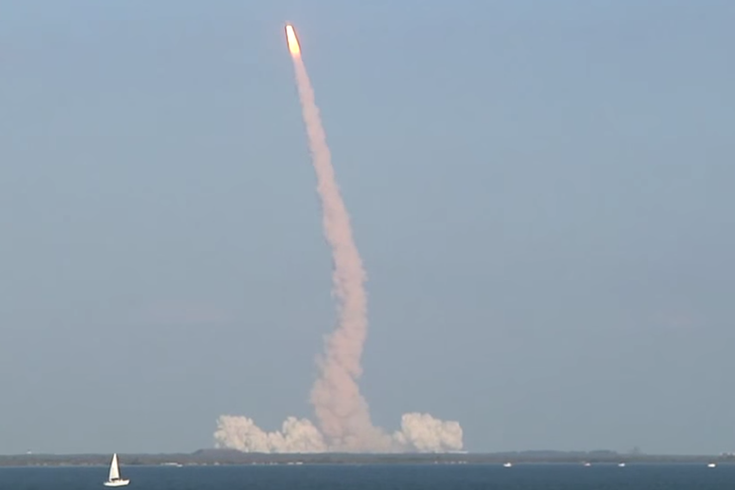 Philly's aeronautical obsessives will be able to watch when NASA launches an Antares rocket from Virginia on Saturday morning.

NASA rocket launches are often associated with locales like Houston and Florida, but Philly's aeronautical obsessives will be able to watch a rocket launch this weekend from the comfort of their own city.

Northrop Grumman, a private aerospace and defense company, is launching its Antares rocket the morning of Nov. 2, from a NASA facility in Virginia. The goal of the mission is relatively straightforward: a cargo resupply mission to the International Space Station.

NASA released an extremely handy map this week, detailing who all will be able to see the launch, weather permitting. You can check it out below:

The map's colorful circles and the corresponding numbers surrounding the Wallops Flight Facility in Virginia represent how long, in seconds, after launch each area will be able to see the rocket, according to NASA.

Sunrise on Nov. 2 in Philadelphia is 7:31 a.m., according to Accuweather, and the skies are expected to be mostly sunny, as of Tuesday's forecast. All things considered, those sound like nearly perfect conditions for rocket watching.

For what it's worth, here's what the Antares rocket launch will look like from Virginia:

It won't be nearly that dramatic once it reaches Philly's visibility range — at that point, it'll probably just a very bright speck sprinting across the sky —  but it's still pretty neat.