Miss Virginia, who originally hails from Newtown, Pennsylvania, performed a hydrogen peroxide experiment on stage as her talent 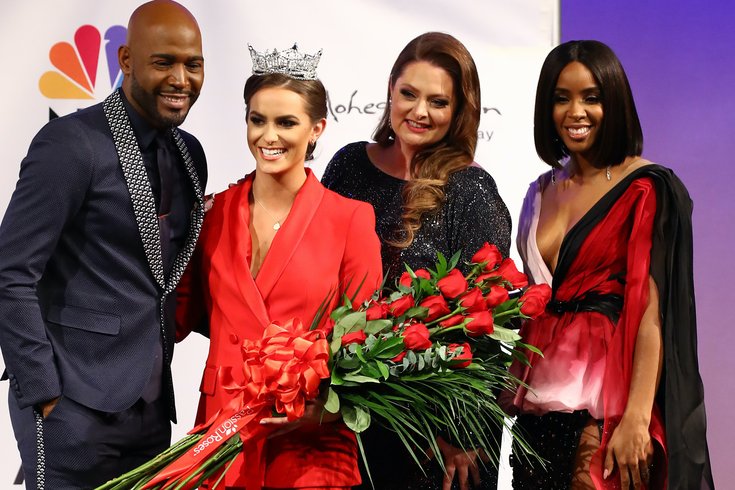 Camille Schrier (in red) was named Miss America 2020 at the annual competition Thursday night, while representing the state of Virginia.

A Bucks County native is ringing in the new decade as Miss America.

Camille Schrier was named Miss America 2020 at the annual competition Thursday night, while representing the state of Virginia.

Here's the moment Schrier was crowned the winner, over Georgia representative Victoria Hill:

Schrier, a native of Newtown, Pennsylvania, previously won National American Miss Pennsylvania Teen 2012 and attended The Hun School of Princeton in Princeton, New Jersey. She volunteered with the Bucks County Emergency Homeless Shelter during high school, according to Patch.

Schrier has lived in Virginia since 2015: she attended Virginia Tech from 2015 to 2018, where she studied systems biology and biochemistry, and is currently enrolled in a Doctor of Pharmacy program at Virginia Commonwealth University. She expects to graduate in 2023.

During the talent portion of Thursday's competition, she gave a demonstration on hydrogen peroxide, according to CNN, and she said during her question-and-answer segment that she wanted to help turn Miss America into something new.

This year's competition was held in Uncasville, Connecticut, after Miss America left Atlantic City earlier this year following the Atlantic City Casino Reinvestment Development Authority's decision not to renew the state subsidy contract for the pageant.