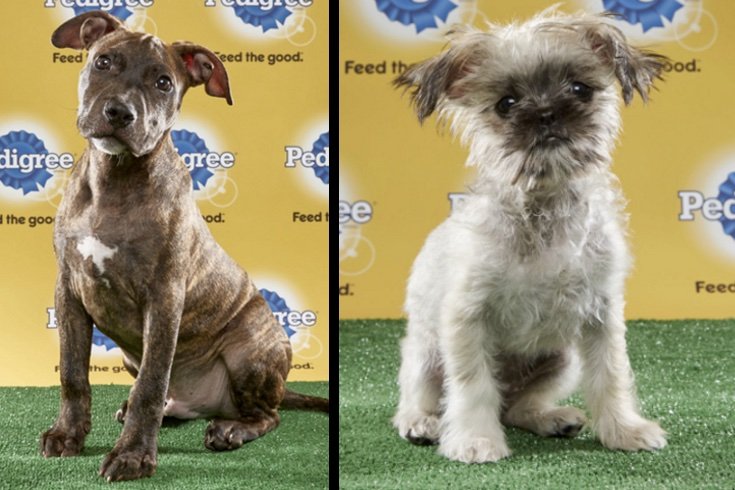 Philadelphia Eagles fans looking for a rooting interest on Feb. 5 are in luck. No, not for the Super Bowl. This year's Puppy Bowl will feature two dogs from area animal shelters.

Animal Planet released its starting lineups filled with furry, four-legged friends for Puppy Bowl XIII. The annual contest divvies up adoptable dogs on Team Ruff and Team Fluff to compete for the Lombarky Trophy. This year's event will feature 78 puppies from 34 animal rescues nationwide, including one from Philly and another from South Jersey.

For the second consecutive year, Morris Animal Refuge in Center City and New Life Animal Rescue in Marlton were selected to send a representative. Both will be teammates on Team Fluff.

After the game, all the puppies find forever homes.

In addition to the game between teams of dogs, the event will feature a halftime show performed by cats and a cheerleading team comprised of other animals. Rabbits from Luv-N-Bunns in Delaware County, Pa. and guinea pigs from Helping All Little Things in Burlington County, N.J. will be cheerleaders.

The game's coin toss will be officiated by Pennslyvania's most famous groundhog, Punxsutawney Phil.