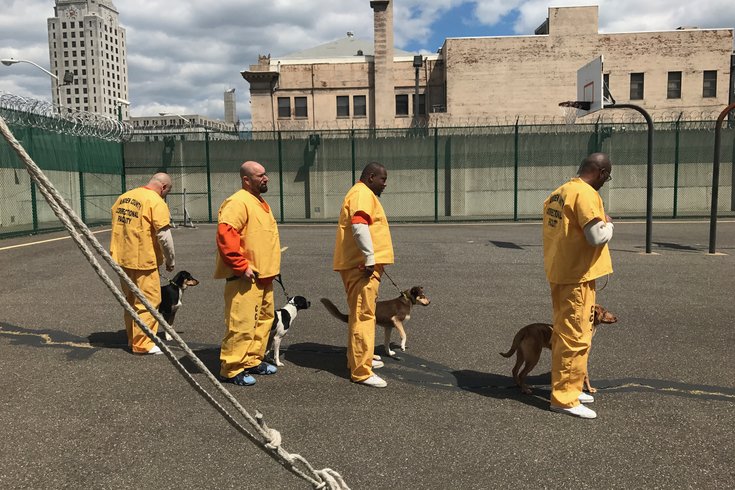 Update: The inmates were apprehended on Monday, police said.

Two inmates escaped from a boot camp in Central Pennsylvania on Sunday and are still at large, according to Pennsylvania State Police.

State police are searching for 30-year-old Nicholas Guido, who was serving a two-year sentence for burglary, and 20-year-old Trent Rober Maffei, serving an equal sentence for drug possession.

State police said the two escaped around 12:50 p.m. on Sunday from the Quehanna Boot Camp in Karthaus, Clearfield County, and were allegedly seen getting into a black vehicle.

The men were serving their sentences in the State Intermediate Punishment Program, which is designed for low-level offenders who committed drug- or alcohol-related crimes. The two-year sentence involves a combination of prison time and rehab programs.

Officials said his tattoos include a cross, wing and a tribal design on the right arm; skeleton bones on the left hand; skulls, bricks, a coffin, a sickle, a clown and the letters "PK" on the left arm; and "Laura" on his stomach.

Maffei is described by state police as a white man with a medium build, brown hair and brown eyes, who stands 5 feet 9 inches tall, weighs 160 pounds and also has numerous tattoos. Officials said Maffei's tattoos include the word "King" with a crown on the right hand, numerous skulls on the right arm, "Mom Over Matter" on the left arm, a Native American on his stomach, a skull on his neck and a scar over his left eye.

Officials said anyone who sees the men should not approach them and should call Pennsylvania State Police immediately.