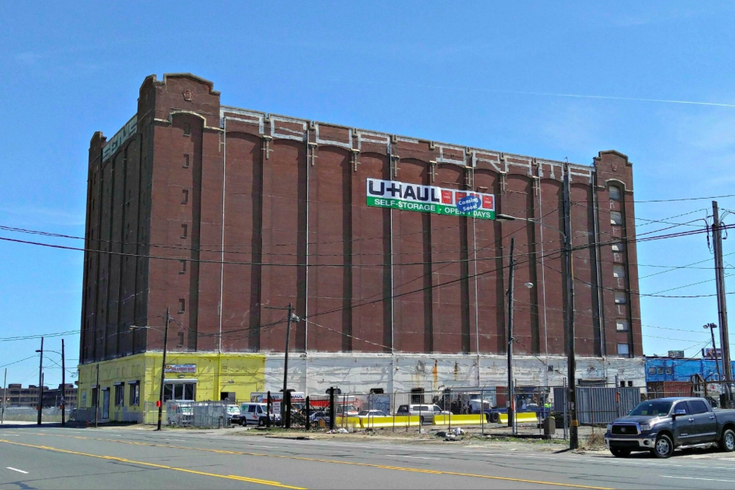 South Philadelphia's historic Pennsylvania Railroad Refrigerated Warehouse is on its way to a new life after DIY-moving company U-Haul purchased it for adaptive reuse earlier this year.

Built in 1928, the eight-story red brick and concrete structure at 8 E. Oregon Avenue was designed by local architect and engineer William Cookman, a Penn graduate who worked for the Pennsylvania Railroad Company. The Philadelphia Historical Commission's most recent documentation on the property, dating back to August 1980, describes it as a Utilitarian Deco style building:

"It follows the convention established for the Pennsylvania Freight Warehouse, in Chicago, by Price and McLanahan of 1914 — a vast bulk of brick, articulated into pilasters, framing panels, with cruciform brick patterns representing capitals, supporting shallow arches. At each end, raised parapet sections mark the corner stair towers. The P.R.R. insignia marks the entrance."

A spokeswoman for the Philadelphia Historical Commission said the property is not listed on the city's Register of Historic Places. Nonetheless, its significance was noted in 1980:

In April, U-Haul officially reopened the warehouse as the Riverview Store, providing a range of products from truck and trailer rentals to towing equipment, moving supplies, and U-Box portable moving and self-storage containers. That's the first step in a renovation process that will eventually include more than 1,000 indoor self-storage units, both climate-controlled and nonclimate-controlled. 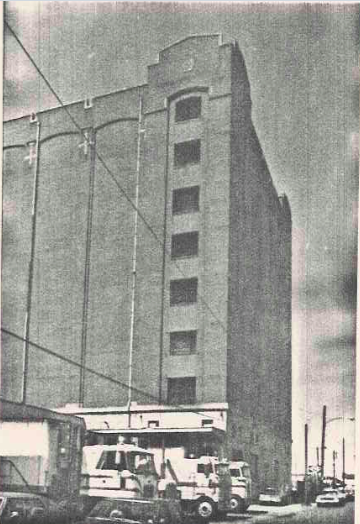 "This will be the best storage facility in South Philadelphia," said Dominic Catalano, president of U-Haul Company of South Philadelphia. "With the proximity to three major highways, we are in an area that can serve a lot of customers and communities."

The 330,000-square-foot facility currently employs six local team members, with room for expansion of neighborhood hires once the renovations are completed in early 2017. The adaptive reuse project is also designed to help Philadelphia reduce its inventory of unused buildings and fulfill U-Haul's Corporate Sustainability Initiatives.

"U-Haul is reusing an iconic South Philly building to make sure less carbon emissions are being put into the air all while keeping this city's great history alive," Catalano said.

"U-Haul will be a success at this location," said general manager Kelly Turnage. "We are right by the waterfront and the docks. A lot of customers appreciate the old building. There are pillars everywhere. It looks like a castle. I'm excited to see everything come together."