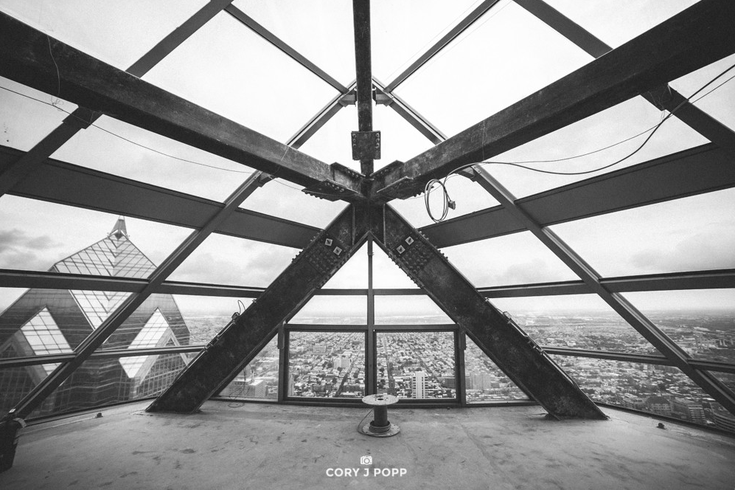 View from inside "Philly from the Top," a new observation deck on the 57th floor of Center City's iconic Liberty One tower.

Philadelphia's very own Spiderman may be Cory Popp, the videographer behind the ongoing 'Uncover Philly' series, who has spent much of the summer filming the city from points high above street level.

Such awe-inspiring views are among the greatest treasures of any big city, and in his latest video, Popp gives us an exclusive first look at the long-awaited Liberty One observation deck set to open to the public this fall.

While Philadelphia does have a handful of public observation decks already (the best of them compiled in a list by Visit Philly), the new Liberty One location, situated on the 57th floor, figures to put us on a par with Chicago's Hancock Observatory, New York City's One World Observatory and Seattle's iconic Space Needle.

"Philly from the Top offers breathtaking views of Philadelphia through its all-glass, 360-degree view of Philadelphia and beyond," Popp said of his Liberty One tour during filming. As if to save the full enchantment of the view until we can see it for ourselves, Popp shot this video in a bold black and white that casts a retrospective look at our realm of development up to this point.

Framed prints from the video and from the remainder of the series are available for purchase at Popp's Etsy page.

To keep up with progress on the development of "Philly from the Top," you can register to receive updates from One Liberty here.