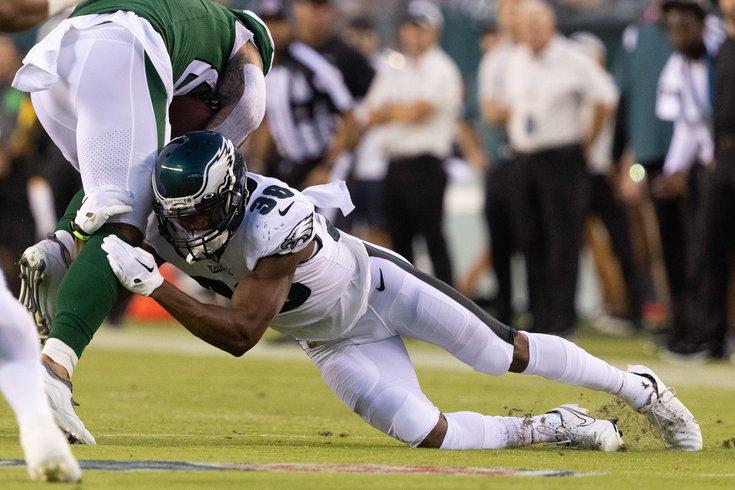 Over the last year-plus, the Howie Roseman and the Philadelphia Eagles' front office seemed to be purposely stockpiling young cornerbacks in the hopes that one or two might turn into good players. A quick recap:

We got to see McPhearson, Scott, and Chachere play sparingly in real games in 2021, but McCain, Gowan, Vincent Jr., Jobe, Goodrich, and Blackwell were mysteries heading into 2022 training camp. The player who seems to have emerged from that group this summer in the eyes of the team has been Jobe, who earned a start in the Eagles' second preseason game against the Browns, and second-team reps in the first preseason game against the Jets.

Jobe is a rather well-known player from a major program at Alabama who was being projected as a possible Day 2 pick after a strong junior season in 2020 when he had 55 tackles, 11 pass breakups, and 2 forced fumbles. However, after a down season in 2021 partly due to injuries, Jobe went undrafted. A look at some highlights from his positive 2020 season:

Jobe has good length, with 32 5/8" arms, and he was thought of in college as a physical tackler with some appealing zone coverage traits.

In the Eagles' first two preseason games, Jobe leads the team with 12 tackles, seven of which came against the Browns, even though he only allowed one completion in that contest.

On the first drive, Jobe (No. 38, bottom of the screen) did a nice job playing an end around. After he diagnosed the play, he sprinted toward the sideline to force the runner back inside toward his help, and wound up making the tackle anyway. This should have been a bigger play for the Browns offense.

On a 2nd and 2, Jobe did a nice job breaking on a quick out and helping cause an incompletion.

Jobe was also effective in press coverage. This is a little tough to see (bottom of the screen), but he wins this rep immediately when he forces the receiver to the sideline (he may have even gone out of bounds?), while also staying with him after the bump.

The following was the only completion Jobe allowed on the night. He caused the ball to pop up into the air, which the Browns receiver caught anyway, and he was also called for pass interference on the play (I didn't think this was PI-worthy, but whatever). Still, I like the aggressiveness/competitiveness on this rep.

And finally, as you saw if you watched this game, Jobe had a nice pass breakup while on an island in man coverage at the goal line at the end of the first half.

Darius Slay will turn 32 in January, and James Bradberry may only be in Philly for one year. The Eagles will need someone to eventually fill those outside cornerback roles. We're nowhere remotely close to projecting that for Jobe, but he has looked like the best player of the young cornerback bunch this summer, and is likely to make the team.