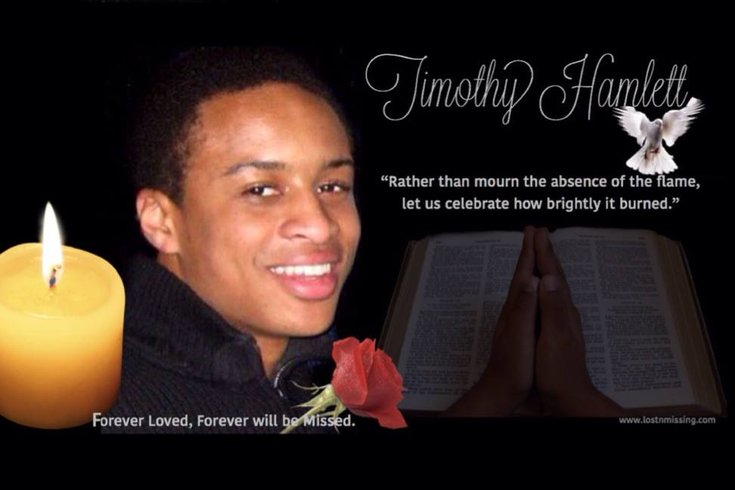 Picture of Timothy Hamlett posted on his family's Facebook page.

Timothy Hamlett, a former star runner for the University of Pennsylvania track and field team, was found dead after going missing in December, his family announced on Facebook.

Hamlet's remains were reportedly discovered in the Hudson River in New York on Friday. The 20-year-old went missing on Dec. 26 after leaving his home in Teaneck, New Jersey, telling his family he was visiting someone nearby.

Three days later, his wallet and cell phone were found on 174th Street between Broadway and Fort Washington Avenue in New York City.

Hamlett was missing ever since. According to The Daily Pennsylvania, the junior had aspirations to compete in the Olympics before his disappearance.

Yet during his sophomore year, he reportedly starting acting distant from is family and friends and began acting strangely, and was arrested for throwing a brick through a window in September 2014, the Daily Pennsylvanian reported.

His parents told The Daily Beast in February that Hamlett's erratic behavior began when he started taking energy supplements, specifically male-enhancement pills, which they suggested may have seriously altered his state of mind.

Services will be held for Hamlett on Friday, June 12th at 5 p.m. at the Community Baptist Church, 224 First Street, in Englewood, New Jersey. A private ceremony for his family and close friends will be held at a later date at Martha's Vineyard.