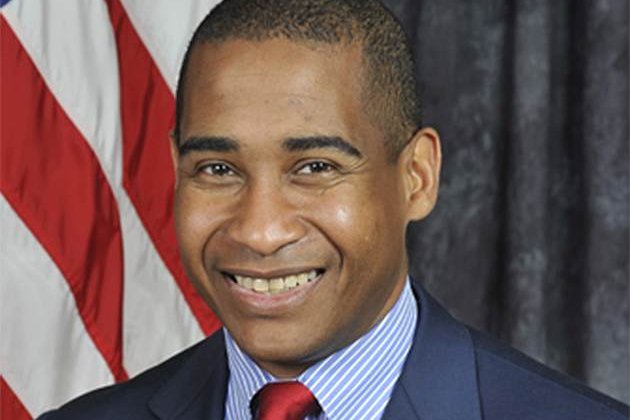 U.S. Attorney Zane David Memeger said he is resigning "to step away to focus on my family and explore new opportunities in the private sector.”

Zane David Memeger, the U.S. Attorney for the Eastern District of Pennsylvania, announced his resignation on Tuesday.

It becomes effective at midnight on Dec. 23. Louis D. Lappen, the First Assistant U.S. Attorney who has served in the Department of Justice since 1997, will assume leadership of the office as Acting U.S. Attorney.

Memeger, a resident of Swarthmore, Delaware County, was appointed to lead the Eastern District office by President Barack Obama on May 6, 2010.

RELATED: Skimming 101: FBI tells shoppers what to look for

“It has been the highest honor and most fulfilling duty of my legal career to have served as the United States Attorney for the Eastern District of Pennsylvania,” Memeger said in a statement. “Having served in this challenging and demanding job for the last six and a half years, the time has come for me to step away to focus on my family and explore new opportunities in the private sector.”

“Under his outstanding leadership, his office has prosecuted terrorists, corrupt public officials, dangerous drug dealers and other violent offenders, child predators, human traffickers and perpetrators of serious fraud. He also has worked diligently to help the Department of Justice implement its Smart on Crime program to make our criminal justice system more fair and effective," she said. "There is no doubt that our country is safer and stronger thanks to Zane’s exceptional contributions and dedicated efforts. I want to thank him for his distinguished service and I wish him the very best in his future endeavors.”

Before his appointment as U.S. attorney, Memeger was a partner with Morgan, Lewis & Bockius in Philadelphia, where he focused on white-collar criminal defense work and corporate investigations.

Previously, from 1995 to 2006 he was an assistant U.S. attorney in the Eastern District, investigating and prosecuting cases that involved organized crime, government fraud, public corruption and violent crime.

Among his most notable achievements as U.S. attorney:

• Secured convictions and prison sentences against several municipal court and traffic court judges who fixed cases and obstructed justice by lying to federal agents and the grand jury.

• Secured convictions of Joseph Dougherty, a high-level union official with Ironworkers Local 401, and 10 union members and associates who were sentenced to significant prison terms for engaging in a RICO conspiracy involving a systematic pattern of extortion, arson, and assault to force non-union companies to hire union workers.

In an interview published in Spring 2011 edition of The Philadelphia Lawyer, Memeger spoke about how he landed in Philadelphia by way of Washington, D.C.

"I grew up in Wilmington, Del., after my parents moved from Yonkers. I worked for Williams & Connolly, LLP, in Washington, D.C., between undergrad and law school as a paralegal and I liked Washington, but, at least for me, it was a little too transient. A lot of my friends would come and go..." he said.

"One of my peer advisors in law school suggested that I give Philadelphia a shot. He was headed to Morgan Lewis as an associate, so I submitted my resume and was eventually hired as a summer associate. I came up here in the summer of 1990 and just fell in love with the city and have been here ever since."