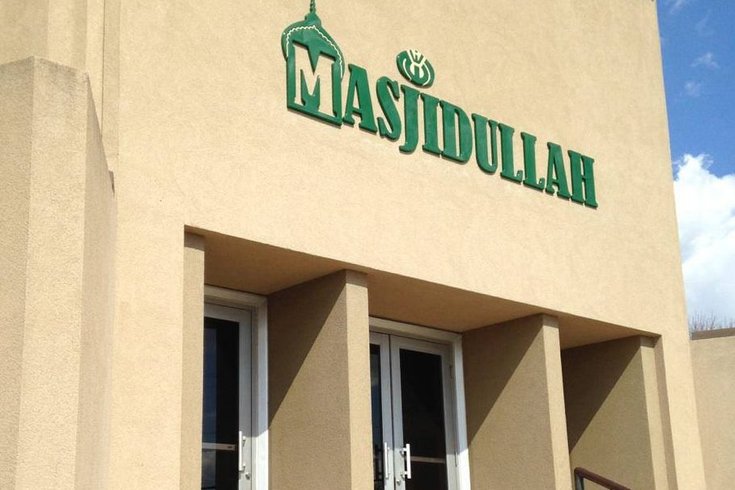 The Masjidullah Mosque in West Oak Lane was vandalized on Monday night by an unidentified suspect.

Philadelphia Police are looking to identify a man who threw rocks at a city mosque on Monday night.

In surveillance video shared by 14th District police, the unidentified vandal is recorded walking on the sidewalk in front of the Masjidullah Mosque, located at 7401 Limekiln Pike in West Oak Lane around 11 p.m.. Then he stops, sets down his belongings, and walks up the steps to the front entrance.

He then pulls out rocks from his pockets and throws multiple stones at the building's front windows.

The rocks smashed the glass windows, police said, causing more than $400 in damages.

No further details were released, as of Wednesday afternoon.

Police are encouraging anyone with information to submit an anonymous tip via telephone, dial (215) 686.TIPS (8477) or text a tip to PPD TIP or 773847. You can also submit a tip anonymously via this website.