Starbucks now says it believes the incident was an accidental misspelling, not discrimination or profiling 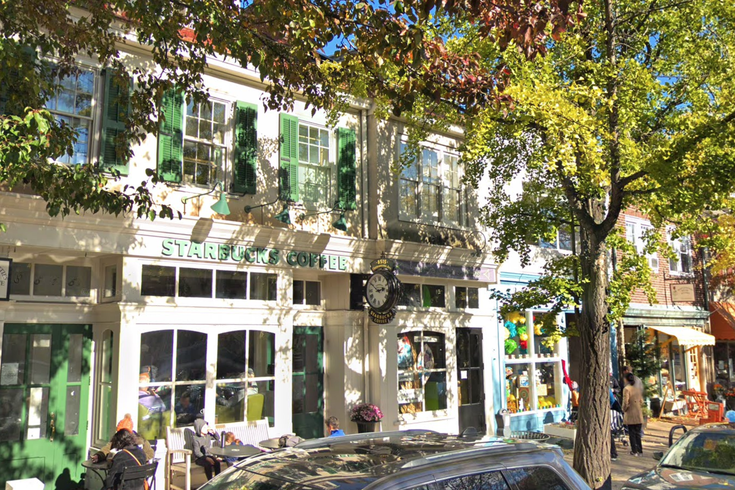 An employee at the Starbucks on Germantown Avenue wrote a Muslim man's name as "ISIS" on his order slip.

An employee at a Starbucks in Chestnut Hill wrote a Muslim man's name as "ISIS" on his order slip, according to the Philadelphia branch of CAIR, the Council on American-Islamic Relations.

The man, Abdul Aziz Johnson, is a member of the Germantown Masjid, a mosque not far from La Salle's campus. Johnson and two friends had stopped at the Starbucks at 8515 Germantown Ave. last weekend for drinks. Johnson was wearing traditional Islamic attire when he ordered his beverage, according to an account of the incident posted to the Germantown Masjid's official Twitter account.

When Johnson received his order, printed on the slip attached to his beverage in the spot where his name should have been, he found the word ISIS, the abbreviation for the militant Sunni jihadist group Islamic State of Iraq and Syria.

Whether the labeling was intentional is currently unclear. Starbucks employees are known for misspelling customers' names on their orders, sometimes intentionally. On the other hand, roughly 35% of U.S. citizens still believed there was "a great deal" of support for religious extremism among Muslims living in the United States in 2017, according to the Pew Research Center.

One of the Admin, who was dressed in Islamic attire, recently bought a drink at @Starbucks and they wrote ISIS on the cup

According to a Washington Post reporter, Johnson filed an online complaint and a Starbucks representative responded via email on Monday, saying they were concerned about the incident.

On Friday afternoon, a Starbucks spokesperson provided this statement about the incident to the Washington Post:

"After conducting a thorough investigation, we have no reason to believe this was a case of discrimination or profiling. When the customer approached our barista and shared his nickname, Aziz, she mistakenly spelled it incorrectly. After first learning of this unfortunate incident, we quickly contacted the family and apologized for the misunderstanding that took place. We want everyone who comes into our stores to have a positive experience. We do not tolerate discrimination or profiling of any kind in our stores from partners (employees) or customers."

According to CAIR-Philadelphia, Starbucks also engaged with Johnson's wife on Facebook after she shared the incident in a post, but never received further follow-up, either from the corporate headquarters or from the store in Chestnut Hill.

We do not tolerate discrimination or profiling of any kind in our stores from partners (employees) or customers. After learning of this incident earlier this week, we reached out to Aziz to address this concern.

CAIR-Philadelphia issued a statement on the incident Friday:

"CAIR-Philadelphia, the local chapter of the country’s preeminent Muslim civil rights and advocacy organization, with 35 affiliates nationwide, finds Starbucks’ behavior in this incident exceedingly deficient. After the incident in 2018 when two African American men were arrested in another Philadelphia Starbucks, one would have expected a greater commitment to religious and racial diversity from Starbucks staff. Instead, we get bigoted slurs against the religion of 1.62 billion people, and the fastest growing religion in the United States."

CAIR-Philadelphia also said it's demanding that Starbucks send a letter of apology to Johnson, and that the company's executives meet with CAIR officials to discuss anti-Muslim racism training.

This isn't the first time a Philadelphia Starbucks had run into trouble with discrimination against people of color: Last year, two black men were arrested at a Center City Starbucks for sitting in the store without ordering anything.

In the wake of those arrests, and the resulting backlash both from Philadelphia residents and nationally, Starbucks closed its stores around the country for sensitivity training. The men reached a $200,000 settlement with the city last May, all but $2 of which went towards creating an entrepreneurship program for the city's youth.