This finding was attributed to the low body mass index, low physical activity and inadequate intake of calcium and protein that's typical in a plant-based diet. 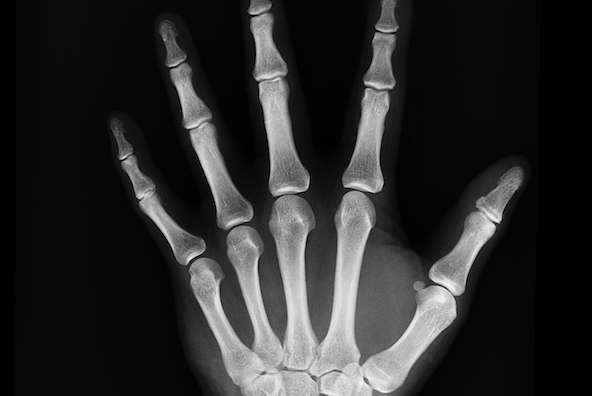 Vegan diets are linked to an increase in bone fractures, a new study shows.

Vegan-based diets have gained popularity over the past few years, and while it can help you eat healthier and less processed foods, it could have long term health impacts.

A recent study published Sunday in the journal BMC Medicine showed vegans and vegetarians might be at a greater risk for bone fractures.

This finding was attributed to the low body mass index, low physical activity and inadequate intake of calcium and protein that is synonymous with a plant-based diet, CNN reported.

The study surveyed 55,000 adults from the UK on diet, socio-economic characteristics, lifestyle and medical history in 1993 - 2001. Surveyors followed up with those interviewed for a second survey 10 years later.

It found 4.1 more cases of bone fractures in vegetarians and 19.4 more cases in vegans for every 1,000 people over the course of 10 years.

While vegetarians only skip meat, vegans opt out of any animal products, including eggs, dairy and even honey. Many restaurants have adopted vegan options on their menus, and some vegan-exclusive restaurants have gained popularity in the last 10 years.

The lack of minerals and nutrients commonly consumed through meat or eggs can make bones more weak and fracture prone.

Previous studies have already shown that vegetarians have lower bone mineral density — the amount of minerals within the bones— than meat-eaters. However, this is the first study to confirm the same association between a vegan diet and fracture risk.

"This is the first comprehensive study and the largest study to date to look at the risks of both total fractures (fractures occurring anywhere in the body) and fractures at different sites in people of different habitual dietary habits," Tammy Tong, the study's lead author and nutritional epidemiologist at the Nuffield Department of Population Health at the University of Oxford, said in an email to CNN.

"The study findings support a growing body of research on bone health with protien and calcium intake as well as BMI (body mass index)," Lauri Wright, registered dietitian nutritionist and chair of the department of nutrition and dietetics at the University of North Florida, who was not involved in the study, said to CNN. "Protein and calcium are the two major components of bone."

To be sure, the study's participants were White European and women, meaning it could have different results for members of other populations.

"The results from this, given the limited participants, cannot be generalized to … other populations and further study is needed," Katherine Tucker, a professor of nutritional epidemiology at the University of Massachusetts, Lowell, who also wasn't involved in the study, said to CNN.

The study also does not show data on any calcium supplementation or the causes of fractures, and nutrient intake was self-reported instead of objectively measured.

Another factor could be the fact vegans and vegetarians tend to have lower BMI than meat eaters. Low BMI has been linked to fractures because of less cushioning against force if someone falls.

"Most of these things are better absorbed from animal foods," Tucker said of calcium and protein, to CNN. "Some vegetarians say, 'well if you look at the food tables, I have enough calcium.' BUt calcium in whole grains is bound by phytates and in green leafy vegetables, it's bound by oxalates."

Minerals like calcium, zinc and iron are bound by phytates and oxalates so they aren't absorbed easily in the gut. So, even though spinach and other leafy greens have high calcium rates, the oxalates in them prevent the body from absorbing that calcium as much as it could from dairy.

"Though meat-eaters typically consume higher amounts of protein, calcium and vitamin D and the nutrients are more bioavailable (able to be used by the body), a person may still be deficient if their food choices are poor," Wright said in an email to CNN. "A deficiency has the same impact on bone health, whether you are a meat-eater or plant-eater."

In order to get those key nutrients like protein, calcium, vitamin B12 and vitamin D from plants, you have to eat over the federally recommended amount, since plant nutrients are less easily absorbed, Tucker said to CNN.

Tucker recommends talking with a doctor or nutritionist before making any moves towards a plant-based diet so you can be sure you're reaching your nutritional goals.

"The bottom line is that people want answers — vegetarian versus non-vegetarian or this versus that. Or if you eat this food versus that," Tucker said to CNN. "It's never about a single food or a single even dietary pattern. It's all about the equity."