COVID-19 cases might be 'leveling' in Philly, but Thanksgiving safety looms large 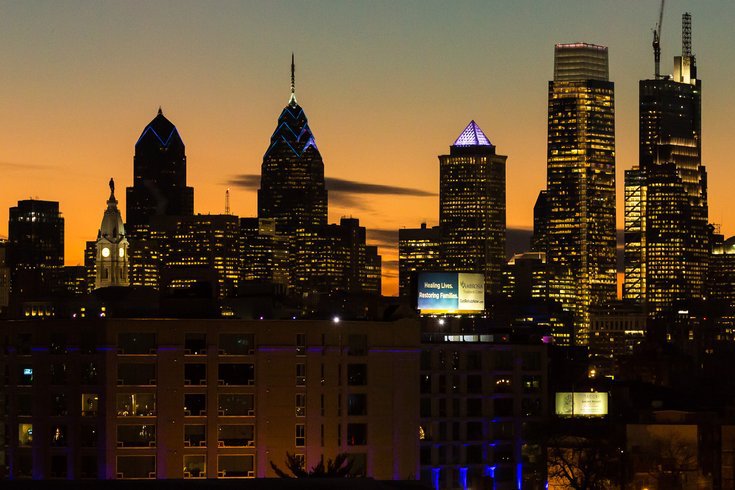 Philadelphia health officials urge residents to avoid Thanksgiving gatherings in order to slow the spread of COVID-19, which may be showing signs of trending down from recent record-highs in new cases.

After weeks of rapid increases in COVID-19 cases across Philadelphia, the rate of spread may be stabilizing at a critical moment in the city's pandemic response, Health Commissioner Dr. Thomas Farley said Tuesday.

Over the past week that ended Nov. 21, the city averaged 765 cases per day, a decrease from the 888 cases per day it averaged during the week prior. Delayed reporting of test results suggest the number will come up from 765, but it appears the weekly average will have trended either somewhat lower or roughly the same.

The city's test positivity rate remained at 11.8%, which was unchanged from the week before. It had been increasing steadily from week to week over the last seven weeks.

"There is some leveling trend here," Farley said. "The leveling trend could just be a pause before we see another increase. It could be the beginning of a reversal. There's no way of telling right now, but even so, the number of daily cases we're seeing is still extremely high. We're seeing the consequences of that."

The city reported 1,077 new cases on Tuesday, bringing to the total to 61,780 since the start of the pandemic. Another 45 probable cases were diagnosed using rapid antigen tests.

The possible "leveling" of cases comes at a crucial point in the city's efforts to contain the recent coronavirus surge, which has resulted in rising hospitalization and death rates across the region. With the Thanksgiving holiday approaching on Thursday, health officials are urging families to keep gatherings limited to those within households.

Over the past week, testing sites in Philadelphia have seen a surge in demand from people who may plan to travel for the holidays. Priority is given to those with symptoms or who have otherwise been exposed to COVID-19.

Farley said a negative test before holiday travel can give a "false sense of security" about safety, as the virus may still be incubating or can be contracted after the test has been administered. The city has not promoted getting tested for Thanksgiving gatherings, mainly because health officials are discouraging them as a general rule.

After the health department advised against Halloween parties and gatherings, the city saw an uptick in cases in the weeks that followed.

"There were warnings over Halloween," Farley said. "We still saw a spike in cases afterwards from Halloween parties. So I want to reiterate again — please, please celebrate Thanksgiving only with the members of your immediate household."

At the state level, Gov. Tom Wolf and Secretary of Health Dr. Rachel Levine introduced stronger mitigation measures on Monday, including a ban on alcohol sales at bars and restaurants on Thanksgiving eve.

The whole region continues to feel the effects of the surge in cases that began in October.

Philadelphia is reporting more COVID-19 cases and clusters in nursing homes in recent weeks, including at least 136 new cases over the last two weeks. The city had been averaging about 10 to 15 cases per week in this group between August and September.

Forty-two nursing home residents have been transferred to Philadelphia's COVID Relief Unit, which was set up specifically to prevent spread in care facilities and to reduce the strain of these cases on city hospitals.

Farley said creating the COVID Relief Unit has proven effective, and the city likely will not resort to reopening a surge hospital at the Liacouras Center, which it did during the spring.

As of Tuesday morning, Philadelphia hospitals were treating 672 patients, continuing the city's rise in more serious and severe cases in the city. That number is up from 542 hospital patients last Thursday, but still below the city's peak of about 1,000 in April.

Statewide, more than 3,450 patients were hospitalized with COVID-19 as of Tuesday, up from 2,900 the week before. Both numbers were record highs. The state reported a seven-day case increase of 36,133 on Monday, with a statewide test positivity rate of 11.1%.

Across the state, 9,870 people had died from COVID-19 as of Monday afternoon.

Farley said he is hopeful that the U.S. Food & Drug Administration will soon grant emergency use authorization for Pfizer's COVID-19 vaccine, which could mean that Philadelphia residents start receiving some doses next month. Priority will begin with health care workers in high-risk settings.

"These next six weeks between now and the first of the year are going to be very difficult. We recognize that," Farley said. "But we are, in the big picture, close to the end of this. We've been through this for almost nine months now. I'm very optimistic for where we're going to be in 2021.

"However, we need to get there safely. If we act responsibly now, we can save many lives over the next few weeks until we get to the next phase where vaccine is available."