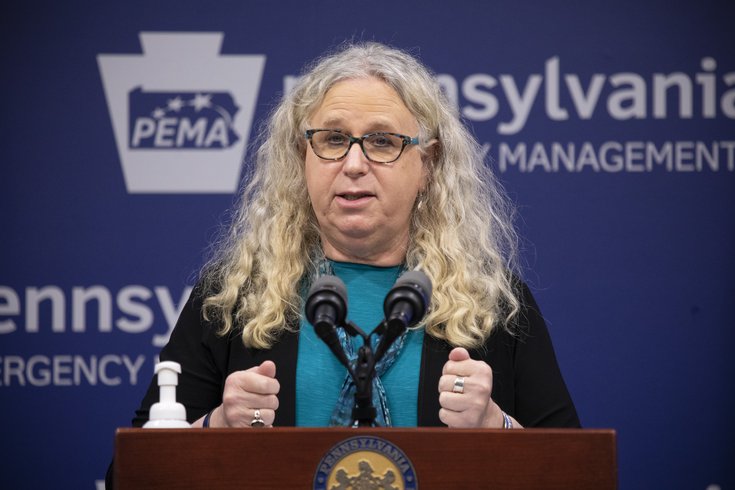 Beer and alcohol sales wlll be prohibited on Thanksgiving eve at Pennsylvania restaurants and bars, Health Secretary Dr. Rachel Levine announced Monday, along with several other COVID-19 mitigation efforts. The state is experiencing its highest case counts since the start of the coronavirus pandemic.

With coronavirus cases surging in Pennsylvania ahead of Thanksgiving, restaurants in the state will be prohibited from selling alcohol on Wednesday evening – the night known as Thanksgiving eve, the busiest drinking night of the year.

Restaurants and bars in Pennsylvania will not be permitted to sell beer, wine and liquor on premises from 5 p.m. Wednesday, Nov. 25 to 8 a.m. Thursday, Nov. 26.

Gov. Tom Wolf and Secretary of Health Dr. Rachel Levine announced the new restrictions Monday amid a slew of new COVID-19 mitigation efforts that address everything from education and telework to mask requirements and occupancy limits.

"I think you all know the commonwealth is in a precarious place right now," Wolf said at Monday's press conference. "We have gotten into a place where we have more cases now than we have ever had."

The governor cited models showing the health care system could "crack under the strain of COVID-19" by the end of the year unless more aggressive safety measures are implemented.

There currently are 3,379 patients hospitalized with COVID-19 in Pennsylvania, including 775 in ICUs and 371 on ventilators. There were 545 deaths reported in the last week, bringing the statewide death toll to 9,870.

Levine announced another 4,762 new coronavirus cases on Monday, a day after 7,075 new cases had been reported. The statewide test positivity rate stands at 11%, the highest figure it has reached yet, and only one county has a rate lower than 5%.

The announcement drew a sharp rebuke from Philadelphia restaurateur Marc Vetri, who has been an advocate of the restaurant industry and vocal critic of the plans and methods to mitigate the the spread of COVID-19 implemented by Philadelphia's and Pennsylvania's leaders.

Vetri landed in hot water on Twitter on Monday, not because he is at odds with Harrisburg, but because he appeared to misgender Levine, who is a transgender woman.

"He can go f*** himself," Vetri tweeted in reply to  Billy Penn editor Danya Henninger, who clearly stated Levine's name in a post about the state's alcohol ban on Thanksgiving eve. Vetri was quickly challenged by others on Twitter, who read his tweet as a transphobic shot at Levine.

The health secretary has been subjected to instances of transphobia during the pandemic, most publicly a Pittsburgh radio personality calling her "sir" and a Bloomsburg Fair employee impersonating her as part of a charity dunk tank game.

The restaurant owner immediately denied his tweet was in reference to Levine, explaining it was directed at Wolf.

In an interview late Monday afternoon, Vetri elaborated on the situation to PhillyVoice, saying he had heard about the alcohol ban from multiple fellow restaurant owners who texted him, "Wolf's shutting down alcohol sales!"

When he opened up Twitter, Vetri said he quickly replied to Henninger's tweet and was referring to Wolf, even though she said Levine. A friend reached out to Vetri and asked him if he realized what he'd done.

"I obviously had no intention at all of sending (Levine) any message like that." Vetri said. "It's horrifying. I feel awful. I'm f***ing nauseous."

The restaurateur said he's aware of how much Levine has gone through, personally, as well as the transgender community, at large. He had tried to contact the health secretary on Monday, he said, but had not heard back, yet.

"I will ask her if there's anything that she would want want me to do to support transgender people," Vetri said. "That's what I'll do. I'm going to basically leave it up to her. She's the one who's at the brunt of all this. Respectfully, I'm less worried about what the social media world thinks, and I'm just really sad that I might have hurt her feelings. I don't want that at all."

For months, Vetri has been sharply critical of COVID-19 restrictions on restaurants and bars, which have been crippled by the pandemic. The restrictions have been toughest in Philadelphia, where Vetri owns several restaurants. Last Friday, the city suspended indoor dining for the rest of 2020. The list of restaurants shutting down as a result of the pandemic continues to grow.

Under mounting pressure, Vetri tweeted an apology directly to Levine on Monday afternoon for his since-deleted earlier post. He called it a mistake, but maintained it was not intended for her and that he would "never ever in a million years say something so hurtful."

Vetri acknowledged the strain of 2020 has gotten to him, and his frustration made him inattentive when he logged onto Twitter.

"Listen, this is such a hard year for all of us, and we're all just kind of knee-jerk reacting to all of this stuff," Vetri said. "I just kneejerked that, not realizing that it was actually her."

For what it's worth, Henninger noted Vetri's past support for the LGBTQ community.

I believe him, FWIW. He's always been supportive of LGBTQ and trans folks. Not a good look, tho, will be tough to convince people

The episode is just the latest example of the high tensions surrounding the resurgence of COVID-19 and the return of stronger mitigation efforts across the state. Last week, a group of restaurant owners, calling themselves Philadelphia Restaurant Owners Against Lockdown, sued Mayor Jim Kenney for the city's move to shut down indoor dining due to the coronavirus pandemic.

On Monday, Pennsylvania House GOP spokesman Jason Gottesman slammed the Wolf administration for its latest round of restrictions, despite the rising COVID-19 threat.

"Pennsylvanians are currently policing their own activity during the recent uptick in COVID-19 cases," Gottesman said in a statement. "What they do not need during this unprecedented holiday season is the heavy hand of government forcing them to do that which they have been doing on their own accord for months."

Chuck Moran, executive director of the Pennsylvania Licensed Beverage/Tavern Association, said the industry is prepared to make a sacrifice this week.

“We understand that the COVID case numbers are increasing, and once again, our industry understands that it is being asked to sacrifice in order to play a role in saving lives of Pennsylvanians," Moran said.

Amid Monday's public outcry, Vetri insisted that the state's policies on restaurants are misguided and unfair to his industry. He pointed to the retail businesses and airports that remain open to the public even as the pandemic surges again, albeit in strictly masked environments that are incompatible with dining.

Still, Vetri said that the state's solutions haven't been collaborative with a restaurant industry that sees no end in sight to the hardship.

Levine reiterated Monday that the state must remain focused on saving lives.

“Our collective responsibility continues to be to protect our communities, our health care workers and our most vulnerable Pennsylvanians from COVID-19," Levine said. "That has not changed."