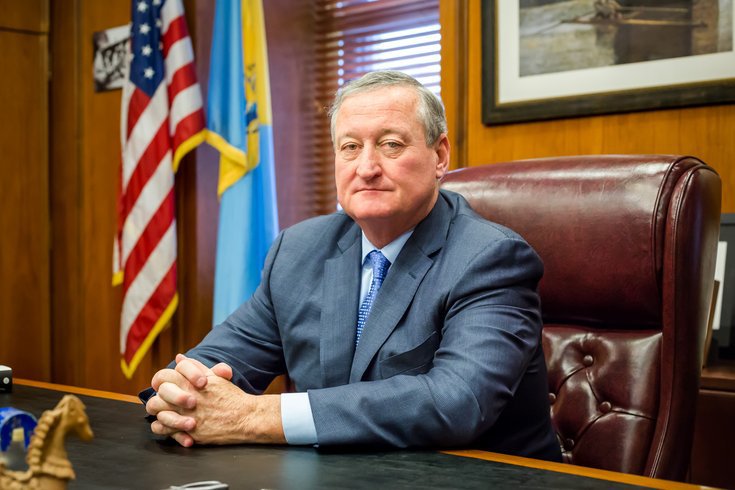 Mayor Jim Kenney took heat from restaurateur Marc Vetri for dining indoors at a friend's restaurant in the Chesapeake Bay region of Maryland. Vetri has been vocal about the city's strict policy on indoor dining during the COVID-19 crisis.

Vetri, an outspoken critic of Philadelphia's soon-to-be-lifted ban on indoor dining, shared the photo in an Instagram post.

Hi @phillymayor !!! Glad you’re enjoying indoor dining with no social distancing or mask wearing in Maryland tonight while restaurants here in Philly close, suffer and fight for every nickel just to survive. I guess all your press briefings and your narrative of unsafe indoor dining don’t apply to you. Thank you for clearing it all up for us tonight. 🙏

Kenney issued an apology in a tweet Monday afternoon after facing backlash on social media.

Restaurant owners are among the hardest hit by the pandemic. I’m sorry if my decision hurt those who’ve worked to keep their businesses going under difficult circumstances. Looking forward to reopening indoor dining soon and visiting my favorite spots. https://t.co/Ki3lIZV8i4

Earlier, a spokesperson for Kenney said that the mayor had attended a friend's restaurant in Maryland, where indoor dining reopened in June. In Baltimore, Maryland's largest city, indoor dining resumed in early August.

"For what it’s worth, (Kenney) also went to Rouge to enjoy outdoor dining in Philly on the way home," the spokesperson said. "He looks forward to expanding indoor dining locally next week."

The statement from the Mayor's Office continued:

Throughout the pandemic the mayor has consistently deferred to the guidance of the health commissioner, who in this case felt strongly about waiting until Sept. 8 to resume indoor dining. If elected officials at the federal level had similarly deferred to health experts over the past five months, this might not even be an issue by now.

That said, we understand the frustrations of local restaurant owners who have been among the hardest hit by the pandemic. But for additional context, there are 782 total COVID cases in the county the mayor briefly visited, compared to over 33,000 cases in Philadelphia. Drastically different circumstances.

Throughout the coronavirus pandemic, Philadelphia has maintained a restrictive position on opening restaurants at limited capacity, even as counties across the state permitted indoor seating earlier in the summer.

"The maddening aspect for so many of my fellow restauranteurs is the reason-defying inconsistency across industries and society," Vetri wrote last month in an op-ed for the Inquirer. "You can sit on an airplane six inches from someone with recirculated air blowing in your face for five hours. Yet there is no discussion of shutting down airlines, only bailing them out. Meanwhile, the future of federal legislation to save independent restaurants — the RESTAURANTS Act — is unclear, if finally gaining steam."

At other points, Vetri has criticized New York City Mayor Bill De Blasio and generally questioned policymakers for pinning the restaurant industry's fate on health outcomes in other parts of the economy and society.

what a dipshit. irresponsible. lets judge professional restaurateurs with livelihoods who have risked everything based on what kids do in school and if they listen and act responsibly. https://t.co/PzvdI3u6yP

Stop holding restaurants hostage because idiots have house parties. 84 new cases today no deaths in a city of 1.5 million. Soon you’ll be mayor of city with no one living in it because everyone left. you’ll realize how you and your Farley singlehandedly ruined the city. https://t.co/n31B8Xs52W

My chef friend went to dentist to get a filling and cleaning yesterday, almost an hour mouth open, spitting his respiratory fluid all over the dentist shield...Dentist looks at him, laughs and says...now remind me why restaurants can't open? True story...

When indoor dining resumes in Philly next week, restaurants will permitted to serve at 25% capacity, with no more than four guests seated at a table. Bar seating will not be allowed and any alcohol served must accompany a meal.

In the city as a whole, COVID-19 infections have steadily declined throughout the month of August. Severe outcomes from the virus also have been on a downward trajectory since the peak of the pandemic in mid-April.

Health Commissioner Dr. Thomas Farley has warned that respiratory infections tend to gain steam in the colder months, especially in the late fall and early winter, when outdoor dining will no longer be a viable option for most restaurants.

City officials have said that if Philadelphia sees a surge in COVID-19 cases, it is possible that restrictions will be put back in place.

Relief for the restaurant industry remains in limbo at the federal level, where the proposed $120 billion RESTAURANTS Act remains tied up in negotiations over a second round of coronavirus relief.

Advocacy for the bi-partisan legislation is led by the Independent Restaurant Coalition, with high profile endorsements from actors Morgan Freeman and Jake Gyllenhaal.

"Saving restaurants will give Americans hope and a chance to rebuild devastated communities after we push through this crisis," the IRC wrote in its mission statement. "We are uniquely positioned for a quick, efficient distribution of funds to millions of workers up and down the food supply and delivery chains and can play a critical role in the swift administration of the federal government’s relief efforts during COVID-19. Congress must pass the RESTAURANTS Act to protect our livelihoods, and reignite our economy."