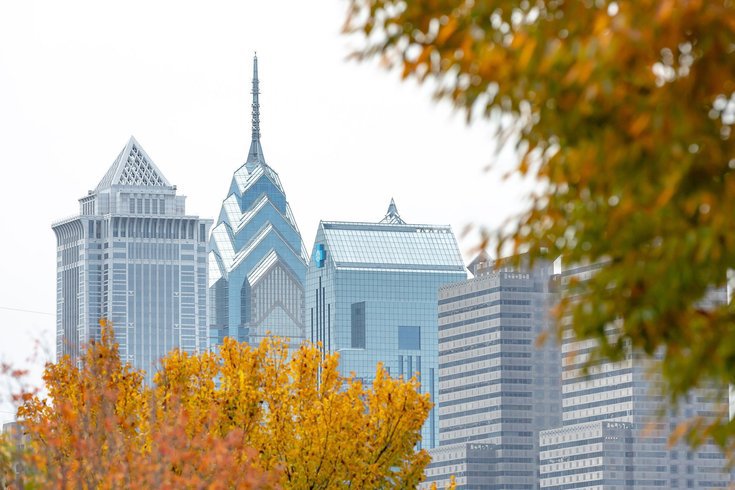 As Philadelphia approaches the end of the summer and COVID-19 shows signs of slowing down, Health Commissioner Dr. Thomas Farley warned that the cold weather months will present a new factor that complicates the coronavirus pandemic in the United States.

Philadelphia's recent streak of progress with COVID-19 has continued this week, following a larger pattern of falling cases across the region, state and nation as a whole, Health Commissioner Dr. Thomas Farley said Thursday.

But it's too soon to say the encouraging trend will hold up in the weeks and months ahead.

"I'm glad that things are as low as they are, and I want them to be lower still," Farley said. "I'm concerned about what's going to happen when the weather gets cold and respiratory viruses tend to get worse, so we're not out of the woods even if case counts continue to fall over the next three weeks."

There are both scientific and social reasons driving the sense of worry about the course the coronavirus pandemic will take once the fall and winter arrive in the United States.

By contrast, the severity of symptoms and mortality rate in China remained constant during the first wave of the pandemic, which occurred over the full course of the winter.

The researchers behind the study believe the differences between colder and warmer months were too great to be explained by improvements in treatment of the disease, patient age and hospital capacity.

The social rationale for more severe winters stems from the loss of the outdoors, where many people have found a consistent and relatively safe refuge during the pandemic.

When people are no longer able to go to the park and socialize in outdoor settings, there will be a greater risk of transmission in the indoor settings that replace them.

Outdoors, there is enough air for the virus to be "rapidly diluted," as well as the helpful "virus-killing action of sunlight," explains Linsey Marr, an engineering professor at Virginia Tech. Indoors, she told me, "the virus can build up" and be more easily inhaled, and "if the space is heated, it can lead to dry air," which is more hospitable to the virus.

Other scientists have echoed concerns about the how the coronavirus may be adapted to cold weather, but note that five months of data is still very limited to conclude the seasonality of SARS-CoV-2.

It’s poorly understood what happens once a virus is extruded out off a person after coughing or sneezing. What we’re thinking, though, is the virus has somewhat adapted — that as it gets out into a harsher environment such as a cold or dry environment, it needs to figure out how it can get to the next person. So in a cold and dry environment, the surroundings of the virus get a little lighter. It’s able to travel further, and so we feel that the virus has adapted to a cold, dry environment and therefore can travel further. The inverse being: if it’s hot and humid, the virus could just as easily drop immediately to the ground after it comes out of a person.

For the time being, cases across the United States have fallen by about 14% over the last two weeks, according to the COVID-19 database managed by The New York Times. After a national surge last month, it's still unclear why things have tailed off thus far in August.

"I can't say for sure," Farley said. "It looks like the entire area may have peaked in cases around the middle of July, as we can see in retrospect. That's somewhat consistent with the peak that the entire country had around that time. This may be related to that fact that to some extent, this epdidemic is national and we rise and fall with the nation."

Philadelphia reported 109 new cases of COVID-19 on Thursday, bringing the citywide total to 30,986 since the start of the pandemic. There have been no new deaths reported over the past two days, continuing a downward trend in fatalities.

The city received more than 3,000 COVID-19 test results since Wednesday, and the positivity rate for the 109 cases announced Thursday was a record low 3.6%. For most of the pandemic, that number has been between 5-6%.

The current trajectory is promising, but Farley said he would avoid making predictions about the future.

For the time being, with cases falling, he stressed the importance of cooperation with the city's contact tracers to help stamp out the cases that remain in Philadelphia.

"Our biggest obstacle to the success of contact tracing right now is people who don't answer the phone calls from our staff and people who don't provide information on contacts. Most people in Philadelphia do, but about a third of people don't," Farley said. "They may have exposed others who don't know it, and they deserve to have that information, for their own sake and for the sake of their family members."