Deaths, hospitalizations and infections in nursing homes all on long-term decline 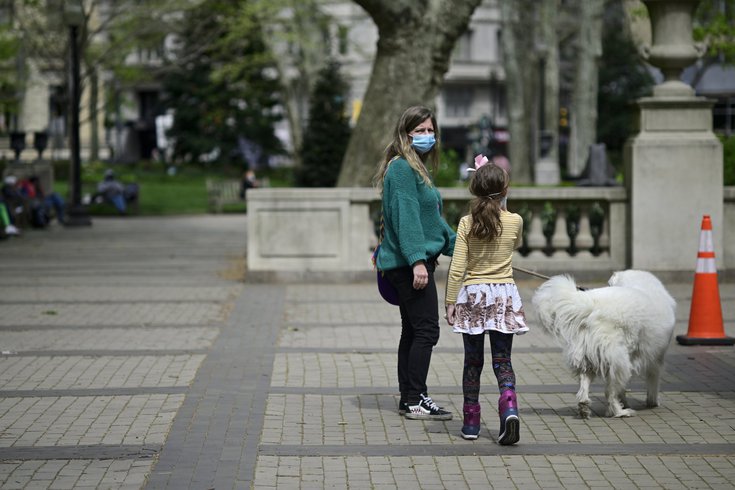 As Philadelphia continues to see a downward trend in the COVID-19 cases, the picture also shows a reduction in the most serious outcomes since the coronavirus peaked in mid-April.

As coronavirus cases in Philadelphia continue to fall on a week-to-week basis, the long-term trend appears to be no less encouraging.

Five months after the city recorded its first known case of COVID-19, the number of hospitalizations and deaths attributed to the virus has significantly fallen.

"If you look at the number of people admitted to hospitals, newly admitted per week, it was more than 800 people per week at the peak in mid-April," Health Commissioner Dr. Thomas Farley said Tuesday. "In late July, it was less than 100 per week."

There also has been a similar decline in COVID-19 deaths.

At the peak in April, there were 250 deaths in a single week. During the last week of July, there were eight deaths reported among Philadelphia residents. Two fatalities have been identified in August.

One of the major reasons for the falling number of fatalities is the containment of the virus in high-risk settings such as nursing homes, which have accounted for 861 of the city's 1,700 total deaths.

During the worst week in April, Philadelphia reported approximately 750 cases across all of its long-term care facilities. During the first week of August, there were just four new cases reported in city nursing homes, most of them identified through screening of asymptomatic residents.

"All the trends are in the right direction," Farley said. "The most important thing people should take from this is we need to continue to wear masks. It's more important now than ever. We want to maintain this momentum. We don't want to go backwards. If there's one thing people should do, it's commit to wearing a mask when you're around others."

The Department of Public Health has launched a "Severe Outcomes" tab on its testing and data website to provide a closer look at the most serious health impacts of the pandemic in Philadelphia.

A group of federal workers from the Department of Health & Human Services is in Philadelphia through Thursday to assess the city's COVID-19 response, receive feedback and learn about what the city is doing to contain the virus.

"This is really an opportunity for them to see our prevention work," Farley said. "We are talking to them about all the different aspects of our work from testing to contact tracing to social distancing to protecting vulnerable populations."

The city also will have a chance to tell the federal workers what the city needs most to bolster its response.

"We've spoken to them about the need to solve the testing problem," Farley said. "Long delays are really very problematic for us. And we talked about the need for really thoughtful planning — right now — about how we deploy a vaccine when it comes around."

The city is still evaluating whether indoor dining in Philadelphia can resume in September, Farley said. Despite the current positive trajectory, a decision has not yet been made.

Philadelphia reported 145 new cases of COVID-19 on Tuesday, bringing the citywide total to 31,584 since the start of the pandemic.

"I am proud of the resilience that Philadelphians have shown since early March when the first case was confirmed," Mayor Jim Kenney said. "By masking up, by observing social distancing guidelines, and by supporting your neighbors and first responders, the residents of this city have made a huge difference."