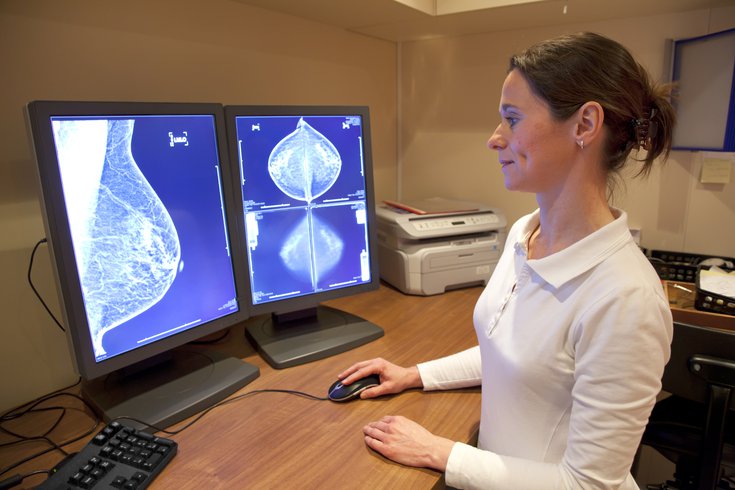 People are skipping routine cancer screenings, like mammograms, during the COVID-19 pandemic. Doctors fear that will increase the number of advanced cancer diagnoses.

The number of new cancer diagnoses in the United States dropped sharply during the early months of the COVID-19 pandemic.

A Quest Diagnosis analysis found that the average weekly number of newly diagnosed cancer patients fell by an astounding 46.4% among the six most common cancer types. They include breast, colorectal, lung, gastric, pancreatic and esophageal cancers.

The drop-offs were apparent in both routine screenings and diagnostic tests ordered in response to worrisome symptoms.

Cancer experts attribute the declines to people putting routine health care on hold during the lockdowns. But even with stay-at-home orders lifted, many patients are afraid to schedule routine screenings and doctor visits. Some doctors worry that delays in diagnosis could lead to cancers being detected at more advanced stages.

The Quest analysis, which was published Tuesday as a research letter in JAMA Network Open, compared 258,598 patients from a baseline period of Jan. 6, 2019 to Feb. 29, 2020 to 20,180 patients from March 1 to April 18 – a period when shutdowns were implemented across the country.

"While residents have taken to social distancing, cancer does not pause," the research letter states. "The delay in diagnoses will likely lead to presentation at more advanced stages and poorer clinical outcomes."

Similar trends were reported by the electronic medical records vendor Epic and the COVID and Cancer Research Network. Even in July – after screenings had picked up again – the numbers were still lower than they were before the pandemic, according to Epic.

"There may be patients who postponed cancer screenings during that time, but it's important for them to reschedule," Dr. Amrita Kochhar, a Penn Medicine internal medicine specialist, explained in a blog post last month. "The idea behind screening is to find things before they become a problem — when we can actually do something about them."

In June, Dr. Ned Sharpless, director of the National Cancer Institute, suggested in a Science editorial that delayed breast and colorectal cancer diagnoses could lead to nearly 10,000 deaths over the next decade.

Dr. Andrew Wagner, an oncologist at Dana-Farber Cancer Institute in Boston, told STAT that he hasn't seen evidence that delays are leading to diagnoses being made at later stages of cancer development. But he acknowledged it's a possibility.

"This delay of a few months probably does not have a significant impact on patients. But we don't like to delay screening tests," he said. "It does depend a lot on the biology of tumors, where some can be really slow-growing, small tumors and a few months has no impact, and then other, more rapidly growing ones where it could make an impact. So we hope we don't see that. But it's certainly possible."

Yet, with the COVID-19 pandemic continuing with no clear end in sight, what happens if patients continue to avoid routine care and screenings?

Though rates are starting to increase, it is still slow going. In Philadelphia, Penn Medicine is still seeing a high no-show rate for cancer screenings.

"There are lots of patients who are still afraid," Kochhar said. "They're worried about getting exposed. But we have processes in place to minimize exposure."