Kutztown University professor regrets telling students to seek out COVID-19, 'get it over with' 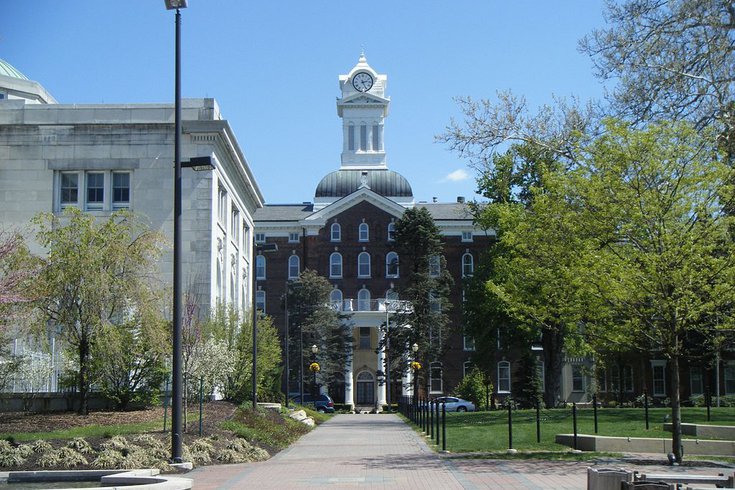 As Kutztown University reopened its campus this week, business professor Dr. Victor Massad told his students they should try to get COVID-19 to promote herd immunity. A video of his remarks, recorded from Zoom, prompted outrage on campus after it was shared on social media.

A business professor at Kutztown University says he is ashamed of comments he made this week urging students to contract COVID-19, claiming it would help broaden coronavirus immunity.

Dr. Victor J. Massad, an associate professor at the Berks County university, made the remarks during a Zoom session Monday, the first day of classes. The video, which was recorded, later made its way to social media.

"I think the sooner you guys get it, the better," Massad, 67, told his class. "Because none of you are gonna die from this and we need to have, you know, everybody be immune. And so the sooner that people are immune, the better. And so you all should be going to Shorty’s every night, you know, interacting, getting this thing, get it over with."

Shorty's is a popular bar and restaurant located near the Kutztown campus.

When the video made its way through the Kutztown community, Massad faced intense backlash in online groups. University officials said the issue is being handled internally. It is unclear whether Massad will face disciplinary action.

"This is clearly not the position of the university, and rest assured, the issue has been addressed," said Matthew Santos, vice president of university relations and athletics. "It is, however, a confidential personnel matter and we are not at liberty to discuss this in any detail."

Contacted by PhillyVoice on Friday, Massad said his comments were "indefensible and repugnant."

"I will also say that I was being rhetorical and flippant when I made the comments," Massad said. "I am embarrassed and ashamed to have made them. I consider it a huge lapse in professional judgment."

The incident comes as Kutztown reported its first case of COVID-19 on campus Thursday.

Colleges across the region and country are bracing to see how well their reopening plans withstand the coronavirus. In Columbia County, Bloomsburg University reverted to nearly all remote learning this week after 90 people in the community tested positive for COVID-19.

At Temple University, the student government and faculty union have called on the administration to make a similar move. Temple had 39 active cases among its students as of Friday afternoon.

In a letter to Kutztown officials, Massad explained that his comments were spurred by a recent New York Times article that examined the complex phenomenon of herd immunity. In virology, this occurs when a large portion of a community becomes immune to a disease, making the spread of disease from person to person unlikely. As a result, the whole community becomes protected

In a global pandemic caused by a novel coronavirus, it remains too early to base public health policy around this concept, especially without a vaccine to protect those most vulnerable. While some epidemiologists have found evidence that certain populations may be closer to herd immunity than others, it is not advised that anyone actively try to contract COVID-19, even if they are young and healthy.

"I was more or less running a 'war game' in my head, asking myself if maybe we were making a mistake by standing in place, which I think has been very limited in its success," Massad wrote in his letter. "I was thinking about a policy in which the 'safe' populations were left alone to live life normally while the 'at risk' populations were isolated from the virus, and what that would look like. I had (and have) not really formed a firm opinion about this, but I was running scenarios around in my head."

Massad added, "I realize that my words, and the subsequent viral video have placed the university in a negative light, and for this I apologize to anyone in the institution who has been negatively affected by my words."

As a result of the incident, Massad wrote that he is considering the possibility of retirement.

"This lapse of judgment on my part has caused me to reflect on all of the factors that have led up to it, including my level of burnout, the expectations of higher education in these days of hyper-charged political correctness, the viral nature of social media and the ease with which a reputation can be destroyed by it, the changing attitudes of students, and most importantly my advancing age and the fact that, as a classical liberal, I am somewhat of a pariah and dinosaur in higher education."

In a supplement to his original letter, Massad urged all Kutztown students to abide by the university's COVID-19 protocols.