Comedian calls president's supporters 'cowards,' urges them to 'wake up' 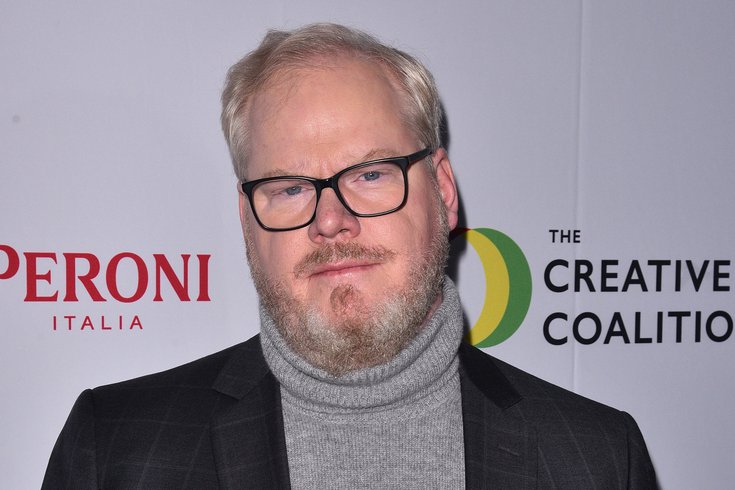 Jim Gaffigan will perform a drive-in set outside Citizens Bank Park in South Philly on Saturday, Aug. 29. The comedian, known for his mild manner, went on a Twitter rampage against President Donald Trump during the Republican National Convention.

It seems the 2020 presidential election has worked the 54-year-old stand-up into an existential rage over the state of the nation.

Gaffigan is slated to appear in Philadelphia on Saturday evening as part of the Live-In Drive-In entertainment series outside Citizens Bank Park.

He'll have lots to talk about when he gets here.

As the Republican National Convention wrapped up on Thursday night, Gaffigan went off on President Donald Trump and his supporters, unleashing a series of tweets that warned against re-electing "a crook and a con man."

excuse me while I treat myself to confronting some asshole trolls...

Look Trumpers I get it. As a kid I was a cubs fan and I know you stick by your team no matter what but he's a traitor and a con man who doesn't care about you. Deep down you know it. I'm sure you enjoy pissing people off but you know Trump is a liar and a criminal.

By the way you can't be against Cancel Culture and tell people to stay out of politics. You know that time you did a job and didn't get paid? That's trump and you know it.

I know you hate snobs and elites I get it but look at Ivana and that douche bag Jerod. Think they are on your side? Do you think they've ever done a real days work in their lives. Wake up

to those of you who think Im destroying my career wake up. if trump gets elected, the economy will never come back.

You know he lies. Constantly. Yet you dont care? What because he insults people that make you and me feel dumb?

What bravery from the cowards who are against equal justice. Wake up. Don't you know history will make you the fool.

Please dont buy that socialist crap either. Obviously Obama wasn't a socialist. This is all lies to scare you and you know it. Biden is not radical. Are you serious?

Remember everything Trump accuses the Democrats of he's guilt of. Dont let the socialist name calling distract you from the fact he is a fascist who has no belief in law.

I dont give a fuck if anyone thinks this is virtue signaling or whatever. We need to wake up. We need to call trump the con man and thief that he is.

Trump derangement syndrome is part of the con. Wake up. you know Fox News is biased and full of loons. it's how they gaslight and silence criticism. Do you think any of those congressional republicans really believe in Trump or do they fear him dont want to end up like Flake.

Trump literally ran Paul Ryan out of politics. Why? Paul Ryan knew Trump was poison. So does Romney. Trump is not a conservative or even a Republican. You know that. You know Barr is dirty. You know if Trump gets re-elected it's over. How many books have to be written?

Heading to bed but remember
- If you want to sound crazy please tell me about THE DEEP STATE.
- To sound stupid please be against CANCEL CULTURE but then accuse anyone with an opinion of Virtue signaling.
- Trump Derangement Syndrome is meant to distract from the con of Don

And then, on Friday morning, Gaffigan shared an old stand-up clip in which he tackled his favorite subject matter: food.

Do you miss going to stores? Neither do I. Click here to my best store jokes: https://t.co/DzdrqvUIbV pic.twitter.com/kV3omM7E1V

The reaction to Gaffigan's Twitter tirade was predictably all over the place.

You are my favorite funny man. But angry political statements like these are just disappointing.

Ok who the hell stuck a quarter in Jim Gaffigan? https://t.co/lMLhx7q9IL

Congrats on turning off half your audience

Jim Gaffigan had an opportunity to say something to sway the conservative element of his fan base. Losing it on Twitter seems unlikely have the desired effect.

I know so many entertainers who stay out of discussing politics and don't speak their mind about the corruption we're witnessing in the White House because it's bad for business. My hat is off to @JimGaffigan. We all have to stand up to the incompetent bully in the White House. https://t.co/EN5j061qvo

In promotional interviews for Gaffigan's appearance in Philadelphia, the comedian said he plans to include a lot of material about the coronavirus pandemic. He also said there will be jokes unique to the drive-in experience.

"I feel like I'm performing for physical cars, and people respond by beeping their horn or flashing their lights, which is usually how you would communicate to someone: 'Get out of the way!'" Gaffigan told 6ABC.

If there's any place fit to welcome Gaffigan after flying off the handle, it's Philadelphia.

And if he wants to keep it going, he might just be able to outdo Bill Burr's 2006 masterpiece. He really should just seize the moment and speak his mind.