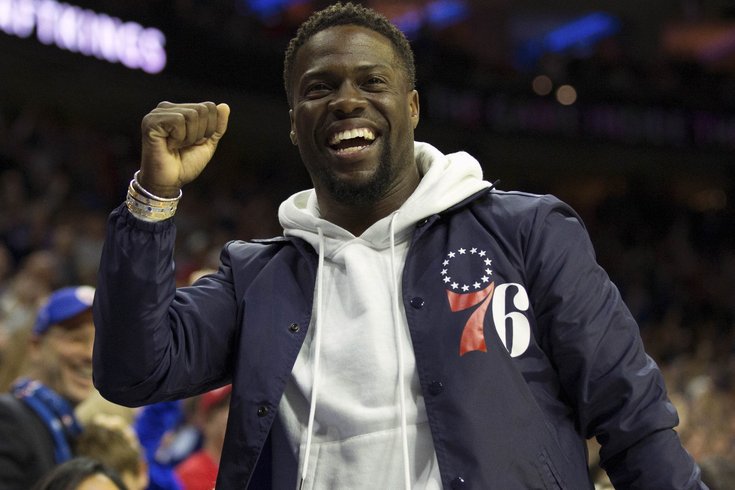 Comedian and North Philly-native Kevin Hart says he tested positive for COVID-19 back in March. He joked during a recent performance that he decided not to disclose his illness because Tom Hanks was sick at the same time, and Hanks is more famous than he is.

Kevin Hart is among the most visible, prolific and highly scrutinized celebrities in the entertainment world.

If he can't hide tweets from a decade ago, it's almost inconceivable that he could manage to hide a COVID-19 diagnosis for nearly six months.

But apparently the North Philadelphia native kept his illness under wraps throughout the pandemic, even as he continued to occupy the limelight.

Happy B Day to my brother from another mother....love you champ. Your a fucking legend.....

According to Page Six, Hart performed a set at the outdoor venue in Yellow Springs, where he revealed that he had tested positive for the virus in mid-March.

"The problem is that I had it around the same time as Tom Hanks, and I couldn't say anything because he's more famous than I am," Hart said at the show.

RELATED: Will Smith, Kevin Hart to star in 'Planes, Trains and Automobiles' remake

Hanks, who was diagnosed in Australia along with his wife, Rita Wilson, has been outspoken about public health measures since his recovery from COVID-19.

"I think the huge majority of Americans get it," Hanks told "The Today Show" in July. "Look, there's no law against ignorance. It's not illegal to have opinions that are wrong. I think you flout a number of realities when two don't add up to four. Granted, this is mysterious — people don't know they have it, they're asymptomatic, they don't feel bad. There's also sorts of things that come along, but there is a darkness on the edge of town here, folks. And let's not confuse the fact. It's killing people."

Chappelle reportedly has spent more than $100,000 on rapid COVID-19 testing for those who attend his outdoor shows, which have featured guests including Bill Burr, Questlove and Michelle Wolf.

Hart, who is expecting another child with his wife, Eniko, appears to have made a full recovery from COVID-19.