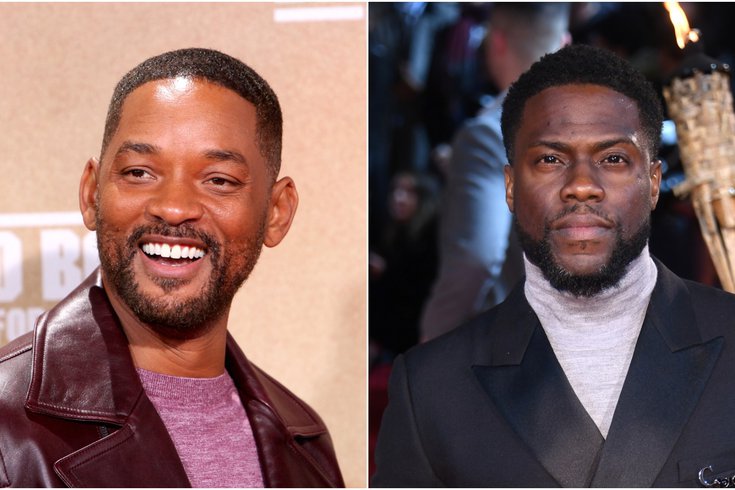 Kevin Hart and Will Smith will develop and star in the remake of the 1987 classic 'Planes, Trains & Automobiles.' The Philly natives also will produce the film.

Will Smith and Kevin Hart will co-star in a remake of the 1987 John Hughes comedy "Planes, Trains & Automobiles," marking the first time the Philly natives will be working together in a movie.

The original film – written, produced, and directed by Hughes – follows an odd couple, forged in desperation, through a series of misadventures as they try to get home in time for Thanksgiving. Steven Martin and John Candy starred in the original "Planes, Trains & Automobiles.

MORE: Dramatic reboot of 'Fresh Prince of Bel-Air' is happening

Deadline reported Hart's Hartbeat Productions and Smith's Westbrook Studios are developing and producing the remake for Paramount Pictures. Aeysha Carr, writer for "Brooklyn 99" and the upcoming Hulu series "Woke," will write the script, and it will be her first feature film. Hart, from North Philly, and Smith, from West Philly, will co-produce alongside Jon Mone of Westbrook Studios and Bryan Smiley of Hartbeat Productions.

So who will play Martin's tight-laced Neal Page and who will be Candy's infuriating-but-lovable Del Griffith? Those roles haven't been announced yet.

Maybe the more obvious choice is Smith for Page, an advertising executive trying to live the suburban dream, and Hart as Griffith, a shower-curtain-ring salesman with no respect for personal boundaries. Or maybe the key to success would be to flip the casting, giving audiences the opposite of what they're expecting.

If you haven't watch the film for a while, here's the original "Planes, Train & Automobiles" trailer:

Smith has most recently starred in "Bad Boys for Life," which has become the top-grossing film for 2020 after the coronavirus pandemic closed theaters in March. He will star in the upcoming film about Venus and Serena Williams' father, "King Richard." Hart last starred in "Jumanji: The Next Level" and will appear in the drama "Fatherhood," slated for a release in April.