Lamorne Morris of 'New Girl' stars in the comedy series 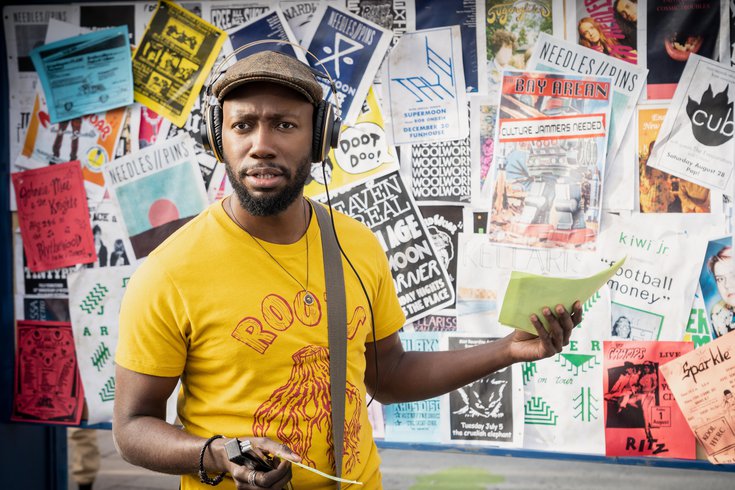 Lamorne Morris, pictured above, stars as Keef in new Hulu show 'Woke' about the life and work of African American cartoonist Keith Knight which begins streaming next month.

"Why is it that people of color are always having to stand for something?," asks Lamorne Morris in the teaser for the new Hulu show "Woke" about African American cartoonist Keith Knight.

"Because the world is a racist place," a comic book store employee answers, shortly before Morris' character Keef is shown having a first-hand experience with police brutality.

The latest teaser for "Woke," which begins streaming on Hulu on Sept. 9, introduces the show as a story of transformation.

After Keef gets slammed to the ground by several police officers while minding his own business looking at event fliers, his eyes are opened to things he never noticed before.

From noticing racist police to micro-aggressions said by white friends at parties, Keef's life is changed as he becomes "woke."

While Keef's story may be especially relevant for 2020, the shows is based on the life and work of living artist Keith Knight.

Bay area cartoonist Knight is known for creating the comics "The K Chronicles," "Knight Life," and "ink" beginning in the 1990s. His comics have appeared in places like Mad Magazine and the San Francisco Examiner.

Like the surrealist images in the "Woke" trailer, Knight's comics are often absurdist but based in political and racial satire, and focus on issues of racial heritage. Hulu's "Woke" seems to be influenced by this style. "Woke" is developed by Knight and Marshall Todd.

The series star, Morris, is best known for his role as Winston Bishop on Fox's long-running show "New Girl," led by Zoe Deschanel from 2011 to 2018.

Comedians Blake Anderson of "Workaholics" and T. Murphy of shows like Kevin Hart's "The Next Level" on Comedy Central also star alongside Morris in the new Hulu comedy.

All eight episodes of "Woke" will be available to stream on Hulu next month.