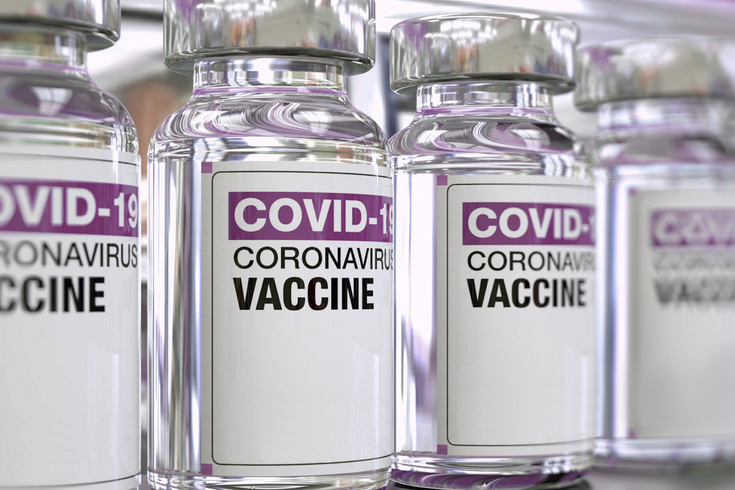 Clinical trials of AstraZeneca's potential COVID-19 vaccine proved to be up to 90% effect in stopping the virus. The drugmaker hopes to have as many as 3 billion doses of its COVID-19 vaccine available on a rolling basis in 2021.

AstraZeneca's coronavirus vaccine candidate was highly effective in preventing COVID-19, the company says, based on data from late-stage clinical trials conducted in the United Kingdom and Brazil.

The vaccine was administered in two different dosing regimens to the trial participants. One method proved to be 90% effective the drugmaker said Monday. People who received that dosing regimen group were initially given a half dose of the vaccine followed by a full dose about a month later.

A second group received two full doses of the vaccine administered at least one month apart. Among those participants, the vaccine candidate was found to be 62% effective in preventing COVID-19.

The combined data from both dosing regimens showed an average efficacy of 70%, the company said.

No hospitalizations or severe cases of COVID-19 were reported among the 23,000 participants treated with the vaccine, which AstraZeneca said is a sign that the vaccine is well-tolerated across both dosing regimens. The company also said, to date, serious side effects have been reported.

AstraZeneca developed the potential vaccine with researchers at Oxford University. Participants in clinical trials were at least 18 years old.

"These findings show that we have an effective vaccine that will save many lives," said professor Andrew Pollard, chief investigator of the Oxford Vaccine Trial. "Today's announcement is only possible thanks to the many volunteers in our trial, and the hard working and talented team of researchers based around the world."

AstraZenecas vaccine candidate is the third to produce promising results in clinical trials results. Drugmakers Pfizer and Moderna announced earlier in November that vaccines they are developing have proven to be more than 90% effective.

Pfizer's vaccine tested 95% effective in stopping coronavirus, and the drugmaker submitted an emergency use authorization for its vaccine to the U.S. Food and Drug Administration on Friday.

Johnson & Johnson's vaccine also is in a late-stage trial.

AstraZeneca hopes to have as many as 3 billion doses of the vaccine available on a rolling basis in 2021. The vaccine can be stored, transported and handled at normal refrigerated conditions between 36-46 degrees.

"Today marks an important milestone in our fight against the pandemic," AstraZeneca CEO Pascal Soriot said. "This vaccine's efficacy and safety confirm that it will be highly effective against COVID-19 and will have an immediate impact on this public health emergency. Furthermore, the vaccine's simple supply chain and our non-profit pledge and commitment to broad, equitable and timely access means it will be affordable and globally available, supplying hundreds of millions of doses on approval."

Clinical trials continue to be conducted across the globe, including in the U.S., and AstraZeneca aims to enroll up to 60,000 participants globally. The drugmaker said it is preparing to submit data for authorization of its COVID-19 vaccine to various regulators. The company previously indicated that it hoped to provide regulators with such information from its late-stage clinical trials by the end of the year, with a goal of making its COVID-19 vaccine ready for distribution in early 2021.

Last week, AstraZeneca announced that its COVID-19 vaccine candidate was found to develop a robust immune response among all adults, causing few side effects in low and standard doses.

U.S. officials have suggested a coronavirus vaccine could become available in limited capacity late this year or early 2021, with widespread distribution to the general public not expected until sometime next spring.