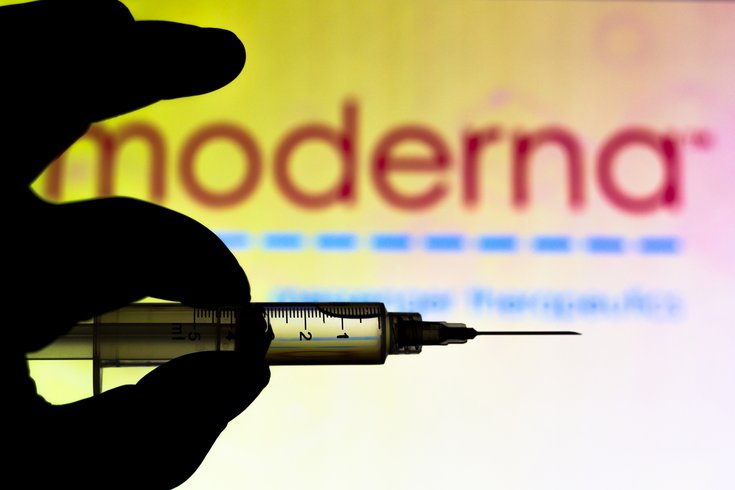 Moderna say it expects to have enough safety data on its COVID-19 vaccine to apply for emergency use authorization in late November.

Moderna is the second U.S. drugmaker to announce that its COVID-19 vaccine candidate appears to have surpassed expectations.

The company's COVID-19 vaccine is 94.5% effective, according to early data released Monday. The news comes one week after Pfizer announced that its vaccine candidate had a 90% effectiveness rate.

Both vaccines use messenger RNA technology to strengthen the immune system's response to the coronavirus. If they both receive emergency use authorization from the U.S. Food and Drug Administration, two vaccines could be helping combat the pandemic by early next year.

Moderna expects to have enough safety data to apply for emergency use in the next couple weeks and have 20 million doses available in the U.S. by the end of the year. The company also is on track to deliver 500 million to 1 billion doses globally in 2021.

Vaccinations could begin in the second half of December for high-risk groups. They could become available to the rest of the country next spring, Dr. Anthony Fauci, director of the National Institute of Allergy and Infectious Diseases, told CNN.

"These are obviously very exciting results," Fauci said. "It's just as good as it gets – 94.5% is truly outstanding."

Moderna's vaccine may have an important advantage over Pfizer's due to the way it is stored. Pfizer's vaccine requires specialized cold storage, but Moderna's can be stored at regular refrigerator temperatures. It can be stored for a month at 35 to 46 degrees Fahrenheit or for up to six months at -4 degrees.

The analysis also showed that the vaccine can prevent severe cases of COVID-19. Pfizer's interim data hasn't yet been able to confirm the same.

Moderna's effective rate is based on an interim analysis of data from a Phase 3 trial with 30,000 enrolled volunteers. The vaccine was administered in two injections 28 days apart.

So far, there have been 95 infections among the study volunteers – and the vast majority of them received a placebo. Only five participants who received the vaccine developed COVID-19.

Only 11 of the infections were considered severe. They all occurred among the placebo group.

Side effects were mostly mild to moderate, the company said. A small percentage of participants had fatigue and body aches severe enough to interfere with their daily activities. The side effects were temporary.

But even at that speed, it could take awhile to get even high-risk groups vaccinated.

The expected rollout calls for about 20 million people to be vaccinated in December, and then 25 to 30 million people each month afterward. The government still hasn't released a comprehensive distribution plan.