Early data a pleasant surprise to scientists, but more questions must be answered 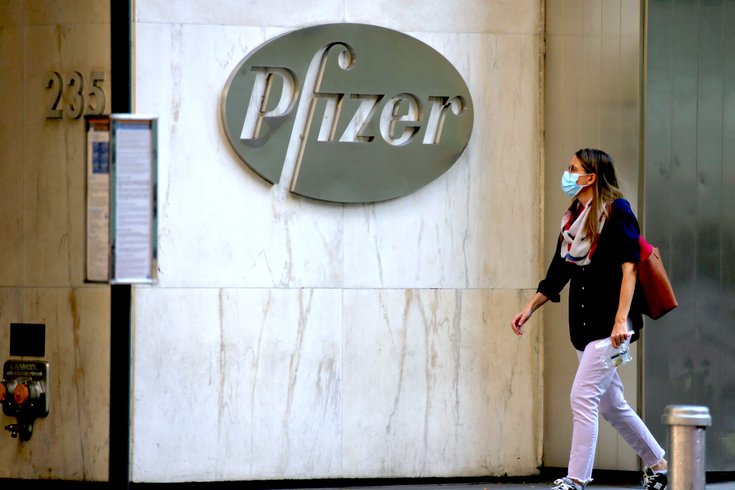 Pfizer expects it will have enough data to submit its COVID-19 vaccine to the FDA for emergency use authorization by late November.

Pfizer has announced that its COVID-19 vaccine appears to be highly effective, a sign that the race for a vaccine may be reaching its final laps.

The news is based on an early analysis of data from Pfizer's ongoing Phase 3 trial. Participants who received two injections of the vaccine three weeks apart had 90% fewer cases of symptomatic COVID-19 than those who were given a placebo.

Scientists have been surprised by the high rate of effectiveness, considering that Pfizer had been projecting it to be only 60% to 70% effective.

"This is really a spectacular number," Yale immunologist Akiko Iwasaki told The New York Times. "I wasn't expecting it to be this high. I was preparing myself for something like 55%."

The trial has enrolled 43,538 volunteers and 38,955 have received their second dose so far, according to Pfizer. Less than half of global and U.S. participants have racially and ethnically diverse backgrounds.

Pfizer expects to have enough safety and effectiveness data to apply for emergency use authorization from the U.S. Food and Drug Administration by the third week of November.

According to FDA guidance, companies should not seek authorization until their participants have been observed for safety issues for at least two months after their second dose.

"With today's news, we are a significant step closer to providing people around the world with a much-needed breakthrough to help bring an end to this global health crisis," Pfizer CEO Albert Bourla said in a statement. "We look forward to sharing additional efficacy and safety data generated from thousands of participants in the coming weeks.”

The vaccine was developed with the German drug manufacturer BioNTech.

While the vaccine update is promising, there are still many unknowns about the performance of the vaccine.

He acknowledged that the side effect profile is most likely worse than those from Pfizer's pneumonia vaccine, Prevnar, or a flu shot. None of the data on Pfizer's vaccine has been peer-reviewed or published in a medical journal.

But he said the early results were "extraordinary."

"This really bodes well for us being able to get a handle on the epidemic and get us out of this situation," he added.

Vaccines developed by Moderna, AstraZeneca and Johnson & Johnson also are at the crucial last stage of testing.

Pfizer's vaccine uses messenger RNA technology to trigger the creation of a protein from the virus that the body's immune system recognizes as an invader. Moderna's vaccine candidate uses the same technology. The FDA has yet to approve a product that uses that technology.