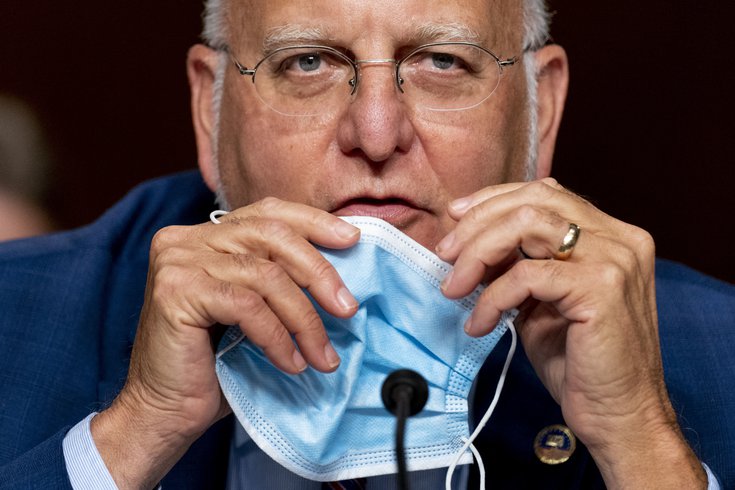 CDC Director Dr. Robert Redfield updates U.S. Senators on the government's response to the coronavirus. A COVID-19 vaccine could be available in very limited supply later this year, he said.

Health care workers and vulnerable populations will receive the initial doses of a COVID-19 vaccine once it becomes available – possibly as soon as later this year.

Federal health agencies and the Department of Defense unveiled plans for a forthcoming vaccine distribution campaign in a report submitted to Congress on Wednesday. They also released a "playbook" devised for state and local governments.

Vaccine distribution is expected to begin in January unless a vaccine arrives earlier, according to the Associated Press. The vaccine will be free to all Americans thanks to taxpayer funding approved by Congress and doled out by the Trump administration.

However, only a limited supply of vaccines is expected to be available initially. Vaccines are not expected to be widely available until next summer, Dr. Robert Redfield, director of the Centers for Disease Control and Prevention, told Congress.

Therefore, essential workers and people who are more susceptible severe coronavirus complications will be prioritized in the first phase of distribution. Several federal health agencies are working on developing additional priorities for the initial distribution phase.

The second and third phases would scale up distribution, allowing any U.S. resident to receive it. The Pentagon is responsible for distributing the vaccines, while health care workers will be administering them.

Vaccine recipients likely will need two doses roughly three to four weeks apart. The doses would have to come from the same drugmaker.

Several vaccines from differing manufacturers could receive authorization from the Food and Drug Administration. There are currently three vaccine candidates in Phase 3 trials.

The distribution process also will require officials to develop the technology necessary to track who receives vaccines and when they get them.

State and local governments will need to devise plans for receiving and distributing vaccines, some of which may require special handling such as refrigeration or freezing. Federal officials are giving them a month to submit such plans.

The distribution plan is part of the federal government's Operation Warp Speed program to quickly develop a COVID-19 vaccine. Shipments could be ready to go within 24 hours after the FDA issues an emergency use authorization.

The White House and the CDC informed state governors earlier this month that they should be prepared to distribute a COVID-19 vaccine before the 2020 presidential election.

Federal officials have requested that distribution facilities be made ready by November. When a vaccine does become available, Philadelphia is among several sites that will participate in a pilot program to implement a wider distribution model. Minnesota, North Dakota, California and Florida are also participating in the program.

Yet, some health experts have worried that Trump will pressure the FDA to prematurely authorize a vaccine to improve his election chances. Nine pharmaceutical companies developing vaccines have vowed they will not submit their candidates until clinical trials show they are safe and effective.

According to a poll conducted by the Associated Press in May, only about half of Americans indicated that they would get the vaccine once it became available. Roughly 20% said they would not get a COVID-19 vaccine, while 31% said they were unsure.

Of those who wouldn’t get vaccinated, the vast majority indicated they were worried about the safety of the vaccine.

Medical experts say at least 70% of Americans must either be vaccinated or have their own immunity from COVID-19 to protect the nation from the coronavirus. Until a vaccine becomes widely available, health officials are asking the public to wear face masks and practice social distancing.