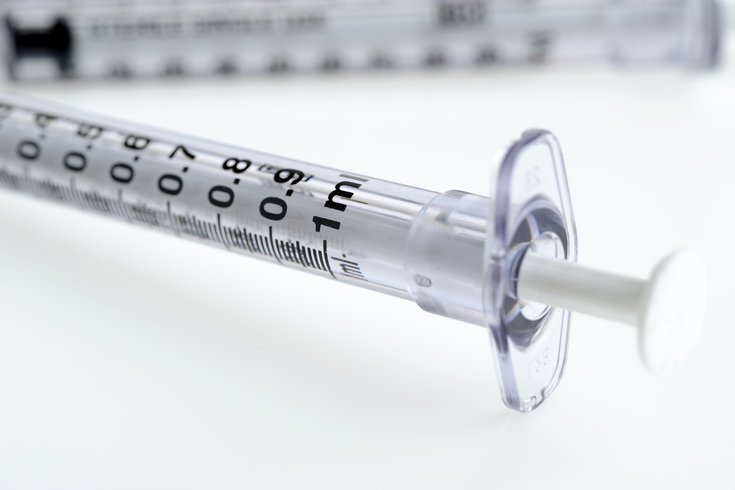 A coronavirus vaccine is expected by the end of this year or early 2021, federal health officials have said.

The city of Philadelphia is consulting with both the U.S. Centers for Disease Control and the Department of Defense on the distribution of a COVID-19 vaccine, which could become available later this year or early in 2021, and in turn the city will influence how the vaccine is distributed to the rest of the country.

Since early August, city officials have been in talks with the CDC to develop plans for distributing a coronavirus vaccine. In addition to Philadelphia, the CDC is coordinating with four state governments to also devise distribution plans in those locations, the New York Times reported Sunday.

According to the Times report, Philadelphia and the states were chosen because they present unique challenges for what will be the largest vaccination campaign ever attempted by the federal government:

"Each has a different demographic, ethnic makeup and population density, as well as its own infrastructure to store and deliver doses of vaccine. State and city officials are advising the C.D.C. and the Department of Defense, which are coordinating the federal response and determining how to most efficiently deliver doses of vaccine to the individuals who are most vulnerable to Covid-19, the disease caused by the virus."

The CDC informed Philly of its selection in a letter dated Aug. 4, according to the Philadelphia Health Department. The plans developed by Philadelphia and the four states involved in the pilot program will be used to create a model for the logistics that work and do not work in distributing the vaccine.

The letter notes that there are multiple potential vaccines in development, and limited numbers of COVID-19 vaccine doses are expected to be available by the fall. The city's plan should prioritize vaccinating health care and other essential workers and the staff and residents in long-term care facilities.

Some of the potential vaccines will require that people receive two doses, each administered several weeks apart, according to the CDC's letter, and Philadelphia's plan must detail how health officials will remind people to come receive subsequent booster doses of vaccine.

As part of Operation Warp Speed, the federal government's push to quickly develop a COVID-19 vaccine and therapeutics, the Trump administration is expecting to deliver tens of millions of vaccine doses by early next year.

Until a vaccine becomes widely-available, health officials are asking the public to wear face masks and practice social distancing.

The U.S. Centers for Disease Control recommends everyone wear face coverings when outside their homes. The masks do not protect the person who wears them; rather, they prevent sick individuals — including those who do not have symptoms — from spreading the coronavirus.

Since the onset of the public health crisis, Philadelphia has had 32,348 confirmed coronavirus cases and 1,717 people die from COVID-19.