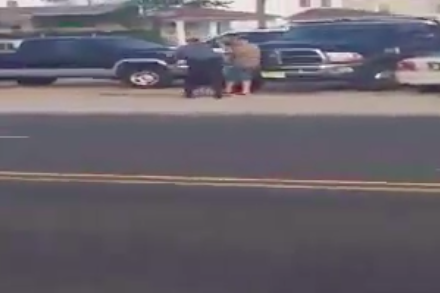 Authorities in Wildwood are investigating a police officer who was filmed punching a man in the face during an arrest last weekend.

Video of the incident was posted Monday afternoon on Facebook by the non-profit Citizens Against Abusive Power Systems, based in Clifton Heights, Pennsylvania. The group said the incident occurred June 18 on Roberts and New Jersey Avenue in Wildwood.

In the 19-second video, an unidentified officer forcefully punches a man in the face, knocking him to the ground before handcuffing him.

Wildwood Police Chief Robert Regalbuto told NBC10 the officer in the video remains on duty amid the investigation and that the arrest came in response to a disorderly persons complaint.

A spokesperson for the Wildwood Police Department said an active investigation is underway by Cape May County prosecutors. No further information about the incident, including what led to the arrest, could be provided at this time, the official said.