What to expect at the Franklin Institute's new 'Vikings: Beyond the Legend' 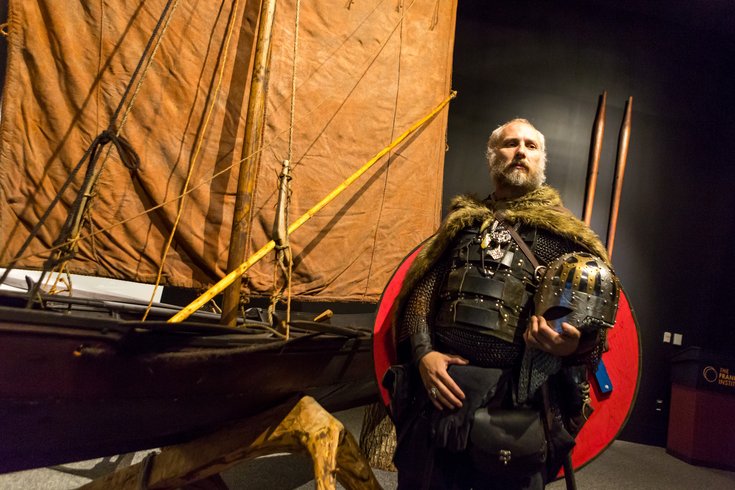 Viking reenactor Erik Weiss posed in front of "Joanna," a full-size 21-foot replica viking ship in the first section of the exhibit "Vikings: Beyond the Legend" at the Franklin Institute.

"Vikings: Beyond the Legend" will open at the Franklin Institute this weekend.

As the name suggests, the new exhibit opening Saturday will reveal who exactly these explorers really were, beyond the myths and misconceptions – FYI, Vikings didn't wear helmets with animals horns.

Inside, visitors will have the opportunity to view 600 artifacts on loan from the National Museum of Denmark in Copenhagen. The collection offers fresh insight into the people, traditions and influence of the Viking Age.

Walking through the 16,000-square-foot exhibit, visitors will learn how Vikings weren't just warriors and sea explorers but skilled farmers, traders and craftspeople, who all coexisted with the nobility, headed by the king.

"I hope that you will find we dig deeper than the usual stereotype of the blond, tall, male warrior," said Peter Pentz, curator for the National Museum of Denmark, who attended a media event unveiling the exhibit. 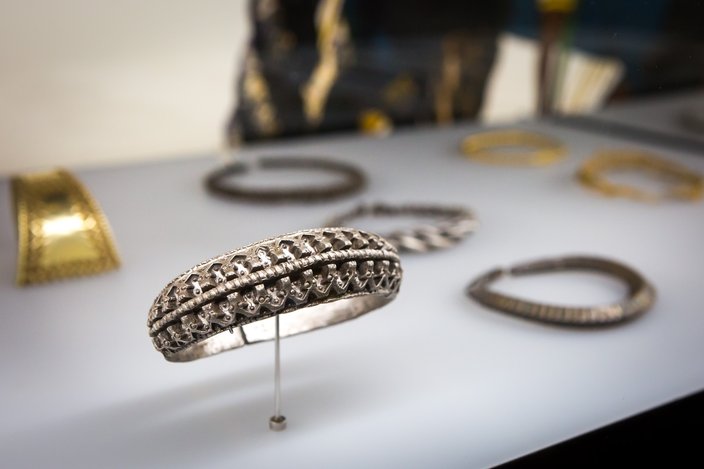 An silver ornamented arm ring from Denmark. Some historical sources suggest that the king ensured the allegiance of people by gifting them metal arm rings to symbolize their bond.

Swords, jewelry and other striking examples of the work of craftspeople are on display in the first portion of "Vikings."

Many visitors may be surprised to learn that swords, chain mail and helmets weren't commonly used in battle. Warriors were armed with lances, spears and round wooden shields.

Historians also do not believe Vikings used saws to construct their ships, instead using axes, wedges and hammers to create stronger and rougher planks that wouldn't split, warp or shrink.

According to Larry Dubinski, president and CEO of the Franklin Institute, the museum worked to highlight how the story of the Vikings "is a story of technological ingenuity and innovation." 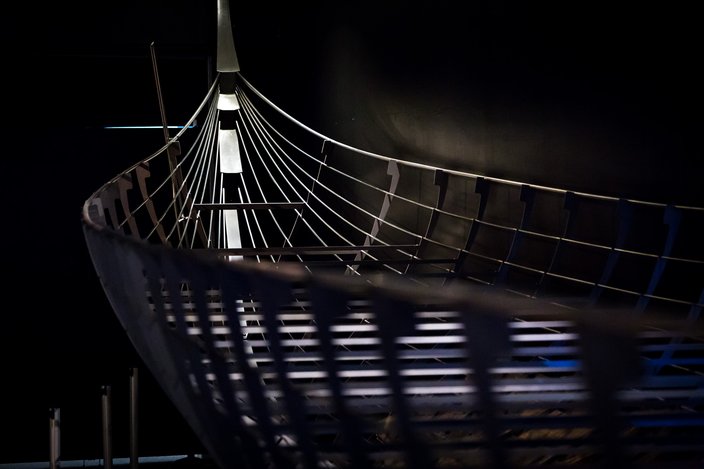 A reconstruction of the “Roskilde 6” longship using 25-percent of the original preserved wood planks.

In the second part of the exhibit, visitors will get to see a 122-foot recreation of the Viking ship "Roskilde 6," made with some of the original planks.

In order to show how large and impressive the warship was, the hull was reconstructed as a steel skeleton. As the longest Viking ship ever found, historians believe it was built for a royal fleet, since only kings could afford to build something of that size.

Near the warship, visitors will have the opportunity to try a new, augmented reality experience to test their rowing ability.

Another hands-on activity visitors can try is typing in a word on a touchscreen to see what it looks like in the rune alphabet on a virtual Jelling Stone. 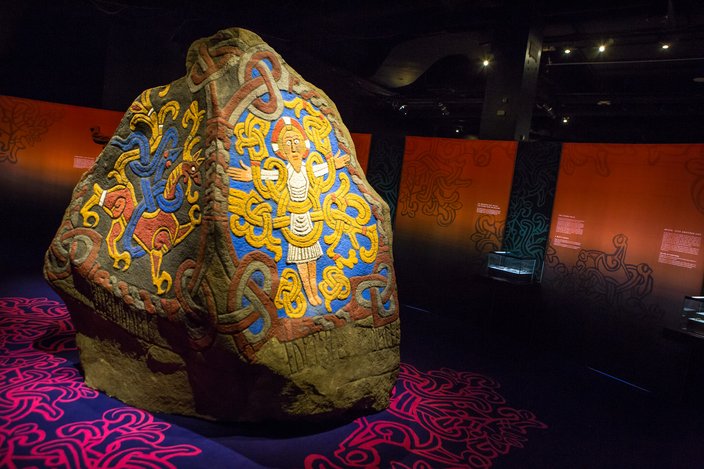 A painted replica of the Jenning Stone on display at the Franklin Institute features the Danish king Harald Bluetooth, who declared the Danes Christians.

There's also a full-scale replica of "Denmark's Birth Certificate," a name often used for the Jelling Stone because it tells the story of the establishment of Christianity in the kingdom. The colorful stone stands in the middle of the third part of the exhibit, which focuses on Viking religion.

"It's the most exciting part, in my opinion," said Pentz.

There, visitors can read about the gods, including the powerful Thor and his hammer. Tales of his strength and courage were widespread and were recorded in many artifacts found from the Viking Age.

Gods are not the only supernatural beings in Viking culture, though, there are also the Valkyries (armed female warriors) as well as sorceresses and many goddesses. In Viking culture, the realm of magic really belongs to the women. 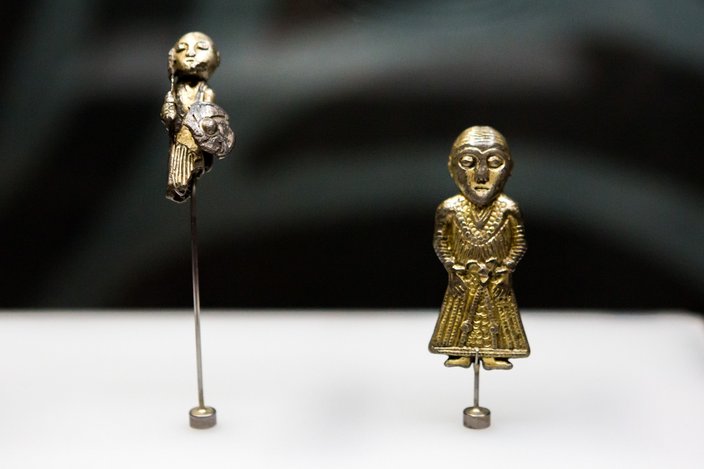 When "Vikings" opens this weekend, visitors will have a chance to explore the exhibit in-depth. Those who visit on opening day, between 10 a.m. and 3 p.m., will also be treated to the Franklin Institute's "Viking Fest."

There will be Viking reenactors, a blacksmith showing off his techniques, a live musical performance, leather-making demonstrations and family-friendly activities.