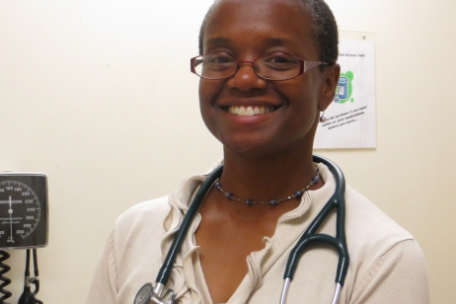 Months after sexual misconduct allegations prompted a series of high-level resignations at the Mazzoni Center, the LGBT health center on Monday announced the hiring of a new medical director.

As the organization continues its long-term restructuring, the selection of Dr. Nancy Brisbon follows a rigorous vetting process conducted by a search committee and the Board of Directors, the Mazzoni Center said in a statement.

"We are honored and delighted to have Dr. Nancy Brisbon assume the challenging role of Medical Director at Mazzoni Center,” said interim CEO Stephen Glassman. “She brings a passion for family medicine and sensitivity to the needs of the patients and clients in our practice; she will be a model of integrity and compassion for those who rely on us for their health care services.”

Brisbon is a Philadelphia native and graduate of Temple University School of Medicine. She received further training at Thomas Jefferson University Department of Family and Community Medicine and has been providing care at the Mazzoni Center for the past 10 years.

“I’m excited and am truly looking forward to working with all the providers,” Brisbon said. “We have a lot of new ideas to share with the community.”

Controversy at the Mazzoni Center unfolded last spring amid internal protests and allegations that former medical director Dr. Robert Winn engaged in sexual misconduct with patients. The fallout of the investigation later led to the resignation of longtime CEO Nurit Schein and Board president Jimmy Ruiz.

In the midst of the turmoil at the Mazzoni Center, the Philadelphia Commission on Human Relations steered a reform movement to address issues of racial discrimination in the city's Gayborhood. A report on the commission's findings recommended that members of the Mazzoni Center receive voluntary training on the city's Fair Practices Ordinance and implicit bias.

Earlier this month, on the heels of a walkout last spring, front-line staff at the Mazzoni Center voted to unionize under the representation of SEIU Healthcare PA.

Brisbon welcomed an ongoing dialogue about how the Mazzoni Center can overcome the challenges of the past year.

“I am humbled, excited and awed, mostly for all of us to participate in the conversation and talk about where we are going and how we are moving forward," Brisbon said. "That is what I’m most looking forward to, to be able to facilitate those conversations and hear everyone’s ideas.”