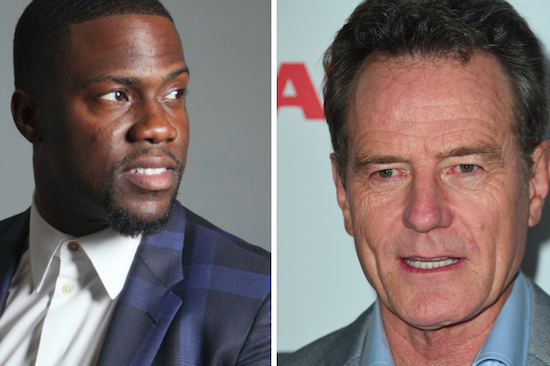 Bryan Cranston and Kevin Hart have spent a lot of time together over the past few months while shooting a new movie in the latter's hometown of Philadelphia, which apparently gave Cranston a lot of time to nail down his Hart impression.

Appearing on "Jimmy Kimmel Live!" this past week, Cranston was asked about what it was like working with Hart for "Untouchable," which is set for a 2018 release.

Apparently, one of the scenes in the movie involves the pair paragliding, something Hart was not prepared to do. Watch Cranston's surprisingly accurate portrayal of Hart telling him why he wouldn't do it:

"We're all going to die, I'm just not going to help it." That's a pretty solid mantra!