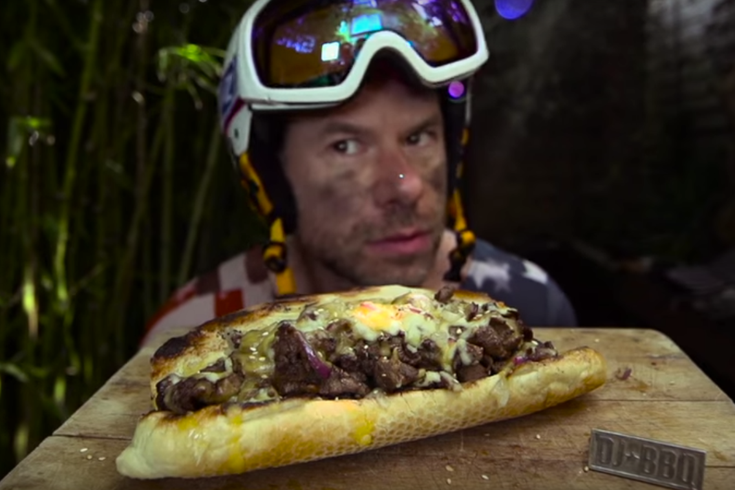 In his latest video, Christian Stevenson — aka DJ BBQ — cooks up a Korean cheesesteak while channeling the new video game "Homefront: The Revolution," which is set in Philly.

Nothing goes better with a six-hour video-game binge than gorging on junk food, and Christian Stevenson — aka DJ BBQ — has got you covered.

The YouTube chef posts new recipe tutorials on his channel every Friday, and this week, he used a newly released game set in war-torn Philly as his inspiration.

"Homefront: The Revolution," was featured in PhillyVoice earlier this month. In the game, the year is 2029, and you are part of a resistance against a unified Korea that has taken over Philly.

Related: How Philadelphia became a battlefield in 'Homefront: The Revolution' game

In his latest tutorial, DJ BBQ puts himself right in the game after playing it for "72 hours." Combining the Korean and Philly themes, he shows you how to make your own Korean cheesesteak at home. You can watch it below:

The real question is: Where can we grab one of those American flag jumpsuits?