WATCH: Chuck Berry, John Lennon perform together in Philly in 1972 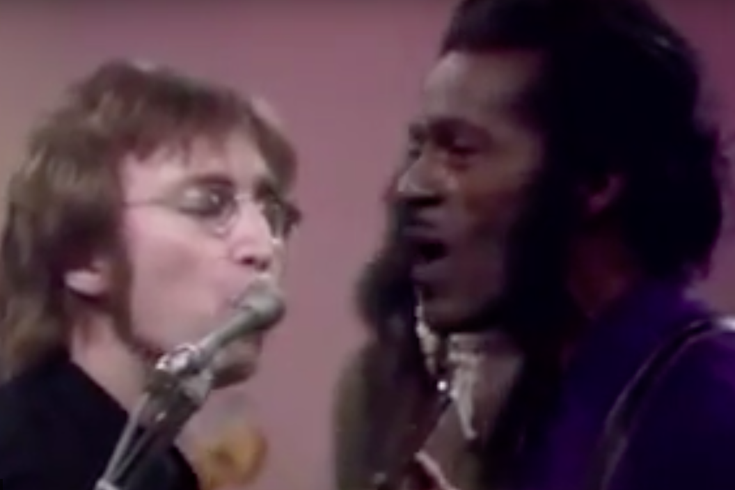 The music world lost of one of rock 'n' roll's pioneers Saturday with the passing of Chuck Berry, a trailblazing idol who shaped the evolution of frenzied guitar riffs and planted the seeds of a teen obsession that has continued unabated in the decades since.

The long list of artists who have credited Berry's ingenuity as an influence includes none other the rock's foremost icons, The Beatles, and as history would have it, there was an incredible encounter in Philadelphia between Berry and John Lennon in 1972.

A video shared Sunday by WXPN's The Key takes us back to that February day, when Lennon and Berry shared the stage at KYW's old studios in Center City. Lennon and Yoko Ono had been invited to guest host the Mike Douglas Show that week, sitting down for an interview in between a pair of songs, including the classic "Johnny B. Goode."

WXPN midday host Helen Licht was in attendance for the taping of Douglas' show and shared her recollections with The Key.

"Day of taping, seeing Chuck Berry’s performance with John Lennon singing and backing him was a moment in time that I’ve never seen again," Licht said.

Watch the performances and interview below.