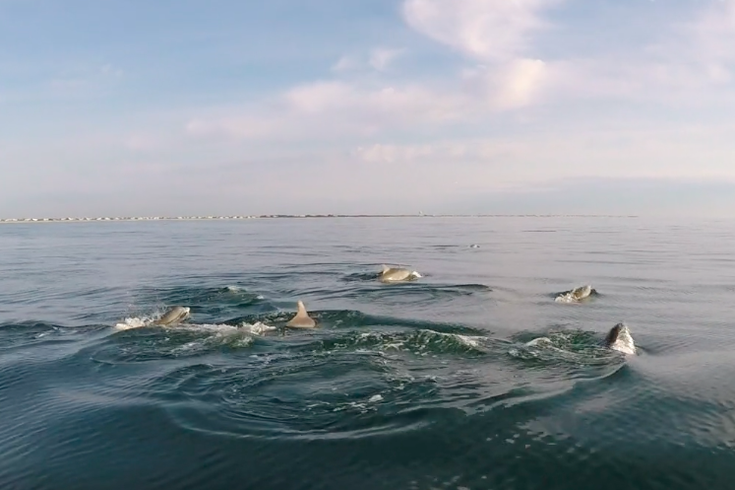 Photographer Nikolas Pattantyus spots a pod of dolphins nearby Avalon on April 3, 2017.

It may not look or feel at all as though we're about to hit beach season, but allow this to be the first of probably many giddy posts about sea creatures hanging out at the Jersey Shore, ideally alive and not stranded.

Last year, we had a fat sea turtle, a shark eating a dolphin and a mola mola fish carcass, among other highlights, but let's start 2017 off on a positive note.

Our first video comes from Nikolas Pattantyus, a photographer regarded in some circles as the "Dolphin Whisperer," who came across two pods of dolphins while kayaking in Avalon earlier this week.

"I traveled south with the first group from 115th St. to 80th St. about a mile off of Stone Harbor," Pattantyus wrote. "I then came in to the surf zone and met up with the second big group, and we went from 80th to 50th St. in Avalon."

The video below, called "Transmissions from the Deep," shows these intelligent creatures communicating and splashing around in the sunlight.

"The first 35 seconds include dolphin vocalizations: clicks, whistles, and a drum like thumping," Pattantyus said. "Can you hear it?!"