Historic Solari display to be replaced with digital upgrade 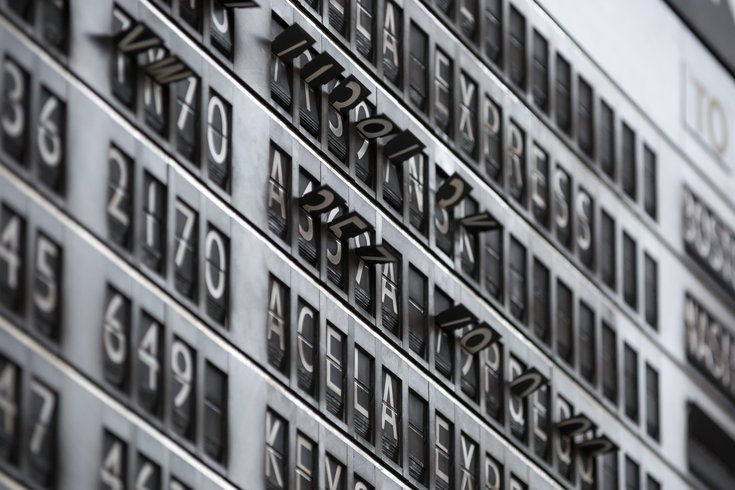 The historic flipboard inside Philadelphia's 30th Street Station will soon be replaced.

When news broke late last week that 30th Street Station's historic Solari split-flap display board will be hitting the old dusty trail for good, many people lamented the death of the analog experience at Philadelphia's busiest transit hub.

The timing of the board's removal is still to be determined. Eventually, it will be replaced with a dynamic digital display that provides synchronized audio and visual information, improving the passenger experience and further assisting those with disabilities.

In the meantime, it didn't take long for a local admirer of the flipboard to stop by 30th Street Station and film a short tribute video in its honor. Max Goldberg, a graphic designer and videographer for Five Five Collective, posted the video to YouTube on Monday with a note explaining his attachment to the display.

"Growing up, trains were kind of my thing — I adored Thomas the Tank Engine and even celebrated my third birthday party at Union Station in New Haven, Connecticut," Goldberg said. "I distinctly remember looking up at the departures board and watching the numbers and letters flip by, completely fascinated by the incoherent mess slowly revealing its message."

Goldberg added that he previously saw New Haven's Solari board removed and replaced with a modern LED display. You can take a look at that here. If Philly's replacement ends up being the same size, some of us might be squinting to get the latest arrival and departure information.

"When I saw the news last week that Philadelphia's 30th Street Station would also be removing their Solari, I felt obligated to capture on film the feeling I got looking up at that display as a kid," Goldberg wrote. He told PhillyVoice that he suspects the move is about saving Amtrak money on the cost of mechanical repairs.

"That's always what it comes down to," he said.

The video's background music is Shamantis' once-viral version of Justin Bieber's "U Smile," slowed down 800 percent, in case you'd like to know.

Amtrak officials confirmed last week that a similar display upgrade is also in the works at New York City's Penn Station. While the sign at 30th Street Station doesn't yet have a home, The Railroad Museum of Pennsylvania in Strasburg, Lancaster County, is in discussions to obtain the board from Amtrak at the time of its removal.