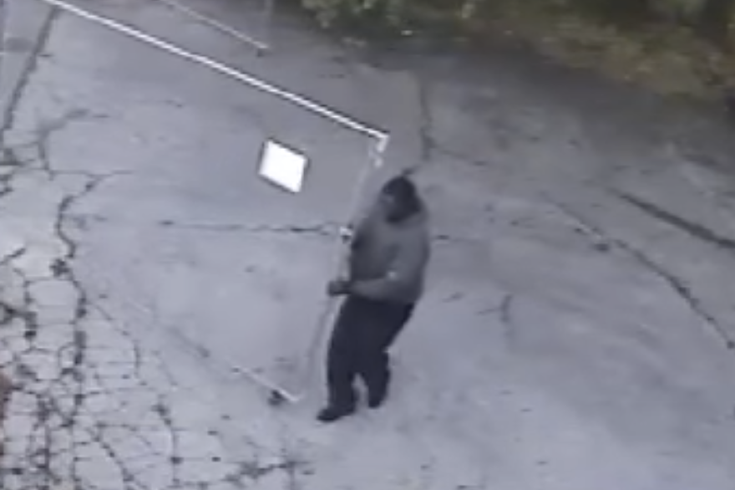 Philadelphia police are asking for the public's help in identifying a man who allegedly stole three washing machines from a laundromat in West Oak Lane.

According to police, surveillance footage allegedly shows a man cutting a chain-link fence and then backing into the lot of Jonathan's Laundromat with a dark, "older-model" Chevrolet pickup truck. He is then accused of loading three washing machines into the truck before fleeing.

The incident happened on Oct. 29 around 5:30 a.m., but footage was released by the Philadelphia Police Department Tuesday.

The man was last seen heading east of Haines Street. He's described as weighing about 250 pounds and is between 5 feet 10 inches and 6 feet tall.