By Michael Tanenbaum
PhillyVoice Staff
Musicians The Roots
from 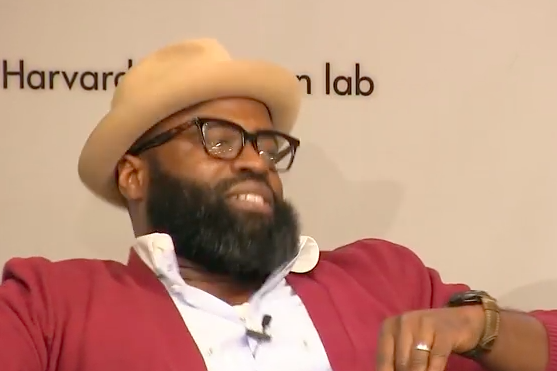 Tariq "Black Thought" Trotter of The Roots joins Harvard's "The Other Side" speaker series.

Last October, Jimmy Fallon came to the City of Brotherly Love to toast The Roots as they entered the Philadelphia Music Alliance Walk of Fame, joining an illustrious class that including jazz icon Billie Holliday and disco favorites the Trammps.

For the past quarter-century, The Roots have laid claim to a formative place in the evolution of hip-hop, perfecting the art of studied social criticism as it pertains to the complexities of racial politics — all set over the instrumental brightness and whoosh of neosoul.

Black Thought recently joined the Harvard Innovation Lab to participate in The Other Side speaker series, which asks "innovation luminaries" to share their successes and failures in order to help explain what it takes to thrive in today's hyper-competitive world.

In a ranging conversation, Trotter offered up five insights that should serve as powerful lessons for any startup, according to the Boston Business Journal.

• Stay true to your mission

• Spend time on a name

But that wasn't all Trotter had up his sleeve. Appearing with his magnificently groomed beard, Black Thought was asked if he might indulge the audience in a little bit of a freestyle.

"I can kick a rhyme," Trotter says. "Don't judge me." He then proceeded to unleash a nearly five-minute bombshell that should remind us all how much wit and ingenuity go into what The Roots and other acclaimed hip-hop artists do.